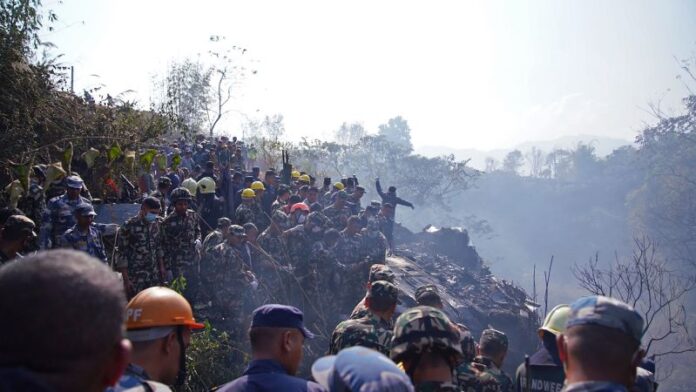 An aircraft carrying 72 people crashed in central Nepal’s Pokhara on Sunday, state media in the country has reported.

Four crew members and 68 passengers were on board the ATR-72 plane operated by Nepal’s Yeti Airlines, The Rising Nepal reported.

The aircraft was flying from the capital of Kathmandu to Pokhara, some 129 kilometers (80 miles) west of the capital.

“I sincerely appeal to the security personnel, all agencies of the Nepal government and the general public to start an effective rescue,” Dahal said on Twitter.

The Himalayan country of Nepal, home to eight of the world’s 14 highest mountains, including Everest, has a record of air accidents. Its weather can change suddenly and airstrips are typically sited in difficult-to-reach mountainous areas.

Last May, a Tara Air flight carrying 22 people crashed into a Himalayan mountain at an altitude of about 14,500 feet. That was the country’s 19th plane crash in 10 years and its 10th fatal one during the same period, according to the Aviation Safety Network database.