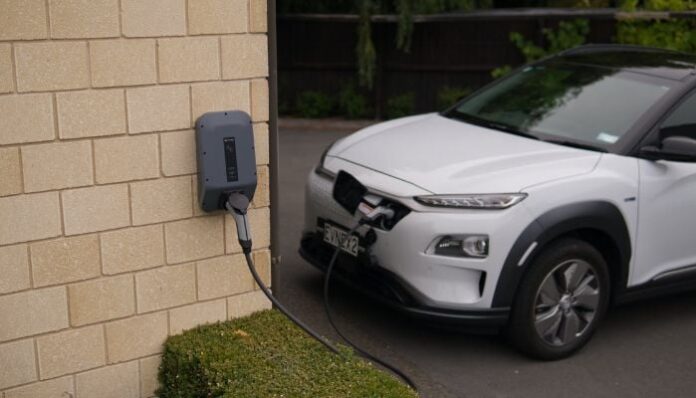 The Wyoming legislature was urged by a group of Republican legislators to try to phase out the sale of new electric vehicles by 2035 in a bill that was submitted last week.

The MPs claimed that electric vehicles are unfeasible and that their batteries use valuable resources. According to Fox Business, the legislation would “protect a state economy heavily dependent on oil and gas.” According to the federal Energy Information Administration, Wyoming is the eighth-largest crude oil production in the nation.

The resolution urges the legislature to seek the phase-out of sales of electric vehicles, but state senator Jim Anderson, who filed the bill, said he doesn’t genuinely want that to happen.

“I don’t have a problem with electric vehicles at all,” Anderson told The Washington Post in a phone interview Monday evening. Anyone who wants to buy an electric vehicle should have the freedom to, he said, adding that his friends and family members have them.

Instead, California’s decision to move forward with a 2035 ban on the sale of new gas-only automobiles served as the impetus for his commitment.

“I have a problem with somebody saying, ‘Don’t buy any more petroleum vehicles,’” Anderson was quoted as saying, adding that he introduced the bill “just to get the message out that we are not happy with the states that are outlawing our vehicles.”

The restriction is probably going to have an impact on the car sector worldwide, as is frequently the case with other rules implemented by economic giant California. A small number of new plug-in hybrids and older gas-powered vehicles may be sold under the resolution.

Anderson claimed that his bill was “simply a resolution stating, ‘We don’t like your bill,'” as opposed to California’s law, which would “compel” individuals to purchase electric automobiles.

Anderson may have sympathy for those who prefer to drive electric cars, but his resolution, which has the support of five other senators, mentions a long list of arguments against them and in favour of gas-powered cars.

“Since its invention, the gas-powered vehicle has enabled the state’s industries and businesses to engage in commerce and transport goods and resources more efficiently throughout the country,” TWP quoted the bill.

“Securing the stability of Wyoming’s oil and gas industry and assisting in the preservation of the country’s important minerals for vital reasons,” the statement reads, “will be accomplished by discontinuing sales of electric vehicles.”

Wyoming’s mining industry is primarily known for extracting coal. According to the Bureau of Land Management, it meets up to 40% of the nation’s demand for coal. However, the state also has resources like cobalt reserves and potential graphite reserves, both of which are used in electric vehicle batteries.

According to the state transportation agency, Wyoming will receive almost $24 million over five years from the federal government to upgrade the charging infrastructure along Interstates 80, 25 and 90.

Marc Geller, spokesman for the Electric Vehicle Association, a California-based nonprofit that advocates for the use of EVs, joked, “maybe we should ban all cars and go back to horses.”