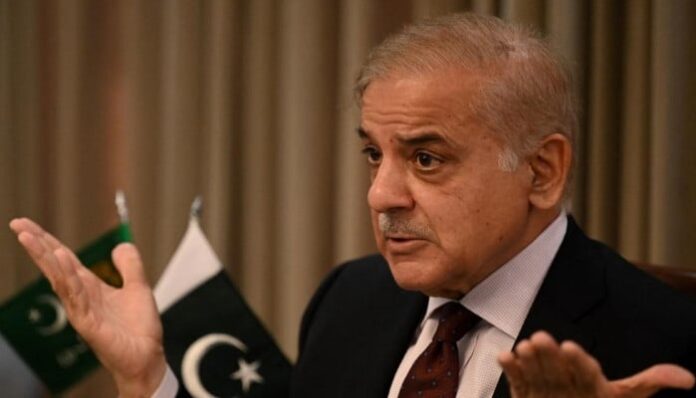 Prime Minister Shehbaz Sharif on Sunday strongly condemned the despicable and extremely hurtful desecration of the Holy Quran in Sweden by Danish politician.

The move was deplored by Pakistan, Turkiye and Saudi Arabia among several other Muslim countries.

In his condemnation of the abhorrent act, PM Shehbaz Sharif termed it unacceptable, saying that the “garb of freedom of expression can’t be used to hurt religious emotions of Muslims”.

He said that the despicable act cannot be condemned in words.

“No words are enough to adequately condemn the abhorrable act of desecration of the Holy Quran by a right-wing extremist in Sweden. The garb of freedom of expression cannot be used to hurt the religious emotions of 1.5 billion Muslims across the world,” the premier wrote on Twitter.

Earlier, Ministry of Foreign Affairs also condemned the act, stressing that it hurt the sentiments of the 1.5 billion-strong Muslim community across the globe.

“Saudi Arabia calls for spreading the values of dialogue, tolerance, and coexistence, and rejects hatred and extremism,” the Saudi Foreign Ministry said in a statement.

The move has drawn severe criticism from Türkiye as well, with Ankara calling off a visit by Sweden’s defence minister and mentioning that “it’s a racist action, it’s not about freedom of expression”. In its statement, Pakistan’s Foreign Office said that this senseless and provocative Islamophobic act hurts the religious sensitivities of billions of Muslims around the world.

Such actions, the ministry said, are not covered under any legitimate expression of the right to freedom of expression or opinion, which carries responsibilities under international human rights law, such as the obligation not to carry out hate speech and incite people to violence.

“Islam is a religion of peace, and Muslims, including in Pakistan, believe in respecting all religions. These principles must be supported by all,” the Foreign Office said. The ministry called upon the international community to show a common resolve against Islamophobia, xenophobia, intolerance, and incitement to violence on the basis of religion or belief, and work together for promoting inter-faith harmony and peaceful coexistence.

Pakistan’s concerns are being conveyed to the authorities in Sweden, it said, urging them to be mindful of the sentiments of Muslims and take steps to prevent Islamophobic acts. Paludan, who also has Swedish citizenship, has held a number of demonstrations in the past where he has burned the Holy Quran.

In the permit he obtained from police, it says his protest was held against Islam and what it called Turkish President Tayyip Erdogan’s attempt to influence freedom of expression in Sweden.

In April last year, Paludan’s announcement of a Holy Quran burning “tour” for the holy month of Ramazan sparked riots across Sweden.

Turkey has condemned the burning of a copy of the Quran during a protest in Sweden, describing it as a “vile act”.

It said the Swedish government’s decision to allow the protest to go ahead was “completely unacceptable”.

“Permitting this anti-Islam act, which targets Muslims and insults our sacred values, under the guise of ‘freedom of expression’ is completely unacceptable,” it said.

It added that the burning of the Quran was another example of the “alarming” extent to which Islamophobia, racism and discrimination had reached Europe, and it called on the Swedish government to take “necessary measures”.