US supports Pakistan’s right to defend itself from terrorism 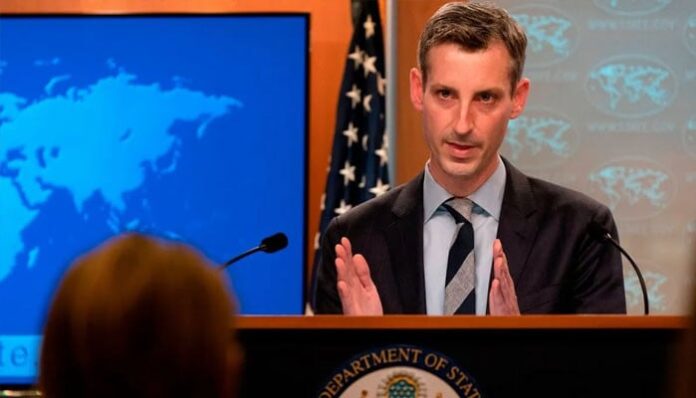 Pakistan has the right to defend itself against the scourge of terrorism, expressed the United States following Interior Minister Rana Sanaullah’s statement about targeting Tehreek-e-Taliban Pakistan (TTP) hideouts inside Afghanistan if action against them isn’t taken.

The interior minister, in an interview with a Pakistani news channel, said “Islamabad may target the TTP in Afghanistan if Kabul does not take action to dismantle them [hideouts]”.

On Monday, the National Security Committee (NSC), under the leadership of Prime Minister Shehbaz Sharif, also decided that no country will be allowed to provide sanctuaries and facilitation to terrorists and Pakistan reserves all rights to safeguard its people.

Pakistan has seen an uptick in terror activities, especially during the last couple of months since the end of the ceasefire with the government by outlawed Tehreek-e-Taliban Pakistan (TTP) in November.

In reaction to Pakistan’s pledge against terrorism, US State Department’s spokesperson Ned Price said that his country is fully aware of the statement by NSC.

“The Pakistani people have suffered tremendously from terrorist attacks. Pakistan has a right to defend itself from terrorism,” Price said, speaking at a weekly press conference in Washington.

He said that the US calls on the Taliban to uphold the very commitment they have made to see to it that Afghan soil is never again used as a launchpad for international terrorist attacks.

“These are among the very commitments that the Taliban have been unable or unwilling to fulfil to date,” the spokesman said.

Price further stated that it has been repeatedly said that there will be a response from the United States.

The State Department’s spokesman continued, “As long as the Taliban is not able to fulfil these commitments, we will respond in a way that registers our strong condemnation while continuing to support the Afghan people. And we’re going to be very careful not to do anything that could further imperil the humanitarian well-being of the Afghan people.”