Up to half world’s glaciers could disappear by 2100 even if global climate targets are hit, new study finds 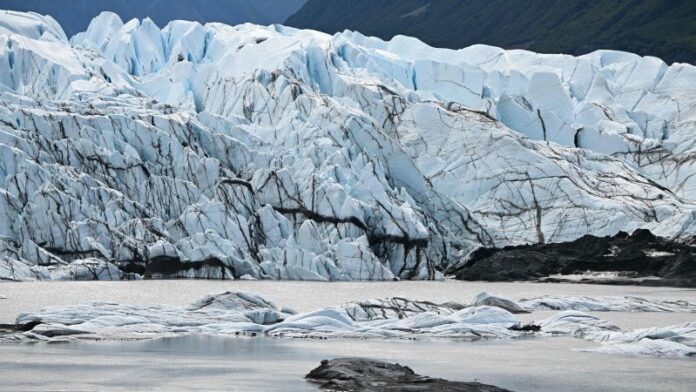 Glaciers are set to lose substantially more ice and contribute more to sea level rise than current scientific estimates project, according to a new report. Using new satellite data to model different climate change scenarios, researchers found that up to half of glaciers could be lost by the end of the century, even if the world’s ambitious global climate targets are met.

More than 215,000 glaciers creep and slide over the world’s mountains, growing when the snow falls and shrinking when the temperature rises. They provide fresh water for nearly 2 billion people and are a key contributor to sea level rise, a threat to the billions of people living along the world’s coastlines.

While it has long been known that these giant ice “rivers,” some of which are hundreds of thousands of years old, are hugely vulnerable to the climate crisis, understanding how glaciers will react to different climate scenarios has been a challenge. Data are often regional or otherwise limited in scope, said David Rounce, a glaciologist at Carnegie Mellon University and lead author of the report, which was published on Thursday in the journal Science.

The past few years, however, have seen “a revolution in using satellite images to monitor glacier changes,” Rounce said, allowing scientists to come up with estimations for each individual glacier.

Their modeling projects that glaciers will lose 41% of their mass by the end of the century, compared to 2015, if temperature rises hit 4 degrees Celsius.

Even if temperature rises are kept within 1.5 degrees Celsius – a target the world is not currently on track to meet – glaciers are still projected to lose 26% of their mass by the end of the century. Under a best case climate scenario, up to half the world’s glaciers could disappear by 2100, according to the report.

Current climate pledges are projected to result in global temperature rise between 2.1 and 2.9 degrees Celsius by 2100, according to the United Nations. If that happens, glaciers could almost completely disappear in several regions including central Europe, western Canada and United States, and New Zealand, the report says.

“The loss of these glaciers, especially over time horizons that are within our lifetime or our children’s lifetime, is really disturbing,” Rounce said.

But while significant glacier loss is locked in, every effort to tackle climate change will help reduce further losses, Rounce said. “Even a small reduction in temperature change can have a really big impact.”