These 3 solutions could turn the tide on the climate crisis, new analysis finds 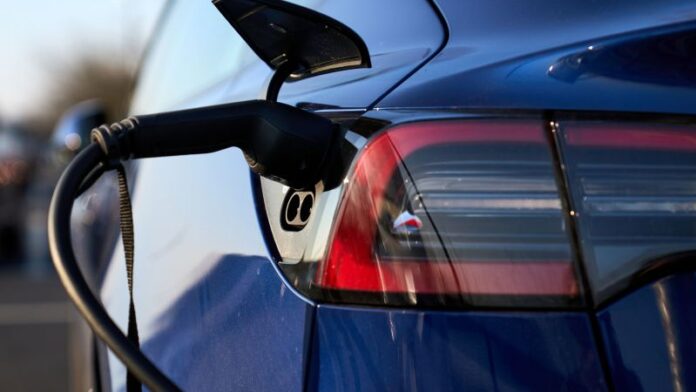 Climate change is sending the world hurtling towards a series of catastrophic tipping points, which risk setting off feedback loops that lock the world into irreversible climate change. That’s the bad news.

The good news, however, is that there is also a series of “positive tipping points,” according to an analysis published Thursday by researchers from an international group of institutions including the University of Exeter and the World Resources Institute’s Systems Change Lab, with support from the Bezos Earth Fund.

These are defined as small climate actions that could have a snowball effect, prompting emissions cuts across some of most polluting sectors of the global economy.

The theory goes like this: As new technologies start to outpace older, more polluting versions, reinforcing feedback loops kick in that help a technology to improve, get cheaper and become more accessible.

The idea is to create “​​self-propelling change,” Tim Lenton, Chair in Climate Change and Earth System Science at the University of Exeter and a report author, told CNN.

The report authors acknowledge that triggering these tipping points alone will not be enough to meet global climate objectives. But as time runs out to limit global warming to 1.5 degrees Celsius above pre-industrial levels, targeted action can be a powerful lever, they say.

“In the face of an otherwise enormous climate and ecological crisis… maybe we can be part of change that will happen faster than we think,” Lenton said.

The report identifies three “super-leverage points”: Relatively low-cost or low-difficulty interventions that could have the biggest impacts in decarbonizing the global economy.

A tipping point is already “very close” for electric vehicles, the report says. EVs made up 10% of all cars sold last year, driven by sales in China and Europe.

To be on track for a net-zero fleet by 2050, EVs must account for around 60% of new passenger car sales by 2060, according to the report, which says mandates for EV sales could be a “particularly powerful policy” to bring forward a tipping point.

As demand ramps up, costs of production go down, including for lithium batteries, which have seen costs fall by 90% over the last 10 years, according to the report.

EVs overtaking gas-powered cars could also have positive spillover benefits for other sectors requiring battery storage, such as wind and solar.

“Electrifying cars means a tipping point for ever cheaper batteries, and cheaper batteries could be a really valuable, cheap source of storage of electricity to enable the transition to renewable power,” said Lenton.

Plant-based proteins – things like beans, lentils, peas and nuts – produce up to 90% fewer emissions than meat. They are also catching up with meat in terms of cost, as well as flavor. But they currently have a low market share.

If public institutions such as schools, hospitals and governments used their purchasing power to buy plant-based proteins instead of meat, this could be a “powerful lever to increase uptake of these products,” the report authors said.

Moving away from animal products would have the added advantages of cutting farming emissions, freeing up land to support wildlife and carbon storage, and reducing incentives for deforestation.

Ammonia, a key ingredient in commercial fertilizer, is currently produced using fossil fuels and accounts for about 1.8% of global carbon emissions. But it could be replaced by green ammonia, which is produced with green hydrogen using renewable energy.

While currently more expensive than conventional ammonia, green ammonia is projected to be economically viable within the decade, according to the report, which suggests mandates for 25% of ammonia to be green would help reduce food system emissions as well as speed up the growth of the green hydrogen sector.

Green hydrogen is a much-hyped climate solution because of its potential to replace fossil fuels in incredibly energy-intensive industries, such as shipping, steelmaking and aviation.