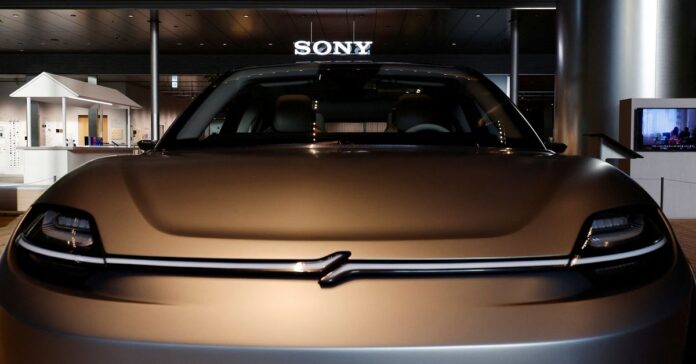 Jan 5 (Reuters) – Sony and Honda’s year-old electric vehicle joint venture is considering a stock offering as one option to raise cash in the future, although those discussions are preliminary, the chairman of Sony Honda Mobility said on Thursday.

Yasuhide Mizuno said the costs of building a “high-value” electric vehicle such as the newly unveiled Afeela, would be significant, and a stock offering has been discussed as one potential avenue for raising funds.

“IPO is one of our options,” Mizuno told a group of journalists Thursday in a roundtable discussion. “We have to be able to stand on our own two feet.”

Honda Chief Executive Toshihiro Mibe said in March that while he was not thinking about taking the joint venture public immediately, he would not dismiss that as an option to expand the firm.

Sony unveiled the low-slung sedan prototype on Wednesday at a news conference in which it announced the Afeela brand name, intended to evoke an emotional connection with customers.

Mizuno said the car is scheduled to be delivered in the United States starting in early spring 2026, then in Japan later that year. Sony Honda Mobility plans a global roll-out that includes Europe, parts of Asia and the Middle East, he added.

Sony Honda Mobility also is contemplating selling the vehicle in China, which Mizuno described as an attractive but intensely competitive market for electric vehicles.

Though Honda has an extensive network of auto dealerships, the Afeela will be sold online, said Mizuno. The joint venture is discussing how to service the vehicles.

Mizuno declined to discuss pricing, saying the cost of chips and materials is variable.

A full line of vehicles is planned under the Afeela banner, he added.