Soledar: Why is Russia so keen to capture the town? 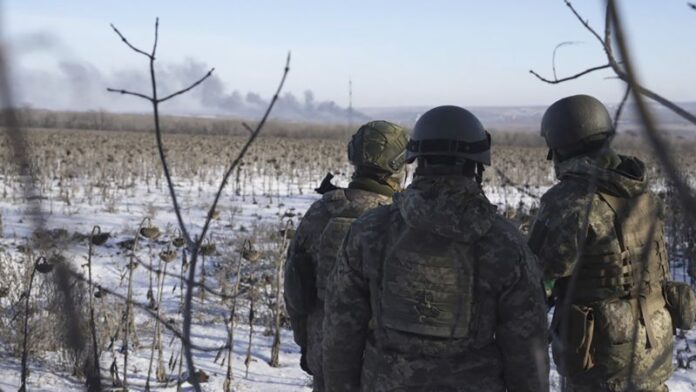 Fighting is still raging in Soledar, a salt mine town in eastern Ukraine, despite Russian claims that it has gained control of the region.

Should Russian troops indeed capture the town, it would mark Moscow’s first gain in the Donbas for months – potentially offering President Vladimir Putin some welcome news after a string of defeats on the battlefield since last summer.

The significance of Soledar in military terms is minimal. However, its capture would allow Russian forces, and especially the Wagner mercenary group, to turn their focus on nearby Bakhmut, which has been a target since the summer.

Taking Soledar would also represent a symbolic PR win for the man who runs Wagner – oligarch Yevgeny Prigozhin, who has frequently criticized the Russian Defense Ministry’s management of the “Special Military Operation” in Ukraine.

Here’s what you need to know about Soledar.

As has often been the case with battlefield gains and losses, there are conflicting reports from Russian and Ukrainian sides about the success of Russia’s advance into the town.

The Ukrainian armed forces have told CNN that “Russian troops do not control Soledar.”

In a short call with CNN Serhii Cherevatyi, spokesman for Eastern Group of the Ukrainian Armed Forces said that “battles are ongoing there. The Armed Forces of Ukraine and other defense forces are regrouping.”

He described the suggestion that Russian forces control and surrounded Soledar as an “information operation.” He also called out Prigozhin for “staging” a photo that claimed to show him in a local salt mine. Prigozhin said late on Tuesday night that Wagner forces were in total control of the town.

Cherevatyi added that Ukrainian forces were supplying troops with ammunition and food, describing the situation as “under control.” He added options to “improve the tactical situation were being looked for.”

An outspoken critic of the Russian Defense Ministry, Igor Girkin, has said that “the seizure of the center and much of Soledar by Wagner’s units is an undeniable tactical success.”

But Girkin, a former defense minister in the self-declared Donetsk People’s Republic who blogs about the war effort on Telegram, added: “The enemy front was NOT broken, and it was not possible to encircle the units defending the town … The fighting for the town is not over yet, the western outskirts and suburbs will have to be assaulted.”

Soledar lies at the center of the Donbas region, the vast expanse of eastern Ukraine whose capture Russia has prized above all other regions since last summer. Indeed, Moscow regards it as Russian territory since claiming (illegally) that it had annexed all of Donetsk region – including the approximately 40% that lies outside Russian control.

It is just a few miles northeast of the larger city of Bakhmut, which has become perhaps the most contested and kinetic part of the 1,300-kilometer (800 mile) front line in Ukraine and the scene of some of the fiercest fighting of the war.

The town of Soledar in Donetsk has therefore been a target for Russian forces since last May. With a pre-war population of about 10,000, it has little strategic value in itself, but is a waypoint in the Russians’ attritional slog westwards. Moscow has struggled for months to attack Bakhmut from the east, but were it to capture Soledar, Moscow would at least be able to approach the city from a different path.

The area around Soledar includes large salt mines, which belong to state enterprise Artemsil, the biggest producer of salt in Europe, which halted production shortly after Russia’s invasion last February. The area surrounding the town hosts “extensive reserves of very pure salt that have only been exploited on an industrial scale since 1881,” according to the European Route of Industrial Heritage.

Some have speculated that the Russians – and Wagner’s leader Prigozhin – have eyed Soledar for its huge resources of gypsum. Prigozhin has used Wagner in Africa and Syria as a mercenary force to leverage access to resources including diamonds and oil.

But exploiting Soledar’s famed salt mines would require heavy investment and a more tranquil environment than at present. Prigozhin has said the vast network of tunnels created by the mining offers “unique and historic defenses,” and a “network of underground cities.”

The Russian armed forces have had nothing to celebrate since the beginning of July, and have had to retreat in both Kharkiv to the north and Kherson in southern Ukraine.

The capture of Soledar, despite its now-ruined state, would therefore be rare progress. But it would be symbolic rather than substantive. The Institute for the Study of War (ISW) says control of Soledar “will not necessarily allow Russian forces to exert control over critical Ukrainian ground lines of communication into Bakhmut,” the larger prize.

“Even taking the most generous Russian claims at face value, the capture of Soledar would not portend an immediate encirclement of Bakhmut,” the think tank added.

But Soledar is of outsize significance to one man: Prigozhin. His Wagner fighters, many of them former prison inmates, have taken heavy casualties with one wave after another of ground assaults across what has become a battlefield of trenches and mud, reminiscent of World War I. After months in which the Russian Ministry of Defense has delivered nothing but retreat, Prigozhin is keen to show that his men deliver.

Late Tuesday, Prigozhin said “Wagner PMC detachments have taken control of the entire territory of Soledar. The city center is like a cauldron, where urban fighting is taking place.” And he added: “I would like to stress that no units other than Wagner PMC operatives were involved in the storming of Soledar.”

The subtext of Soledar is the battle for influence and resources between Prigozhin and his nemeses at the Defense Ministry, which is intensifying as Prigozhin continues to deride what he calls the corrupt and incompetent military hierarchy.

For now, Ukrainian forces appear to be holding some positions in Soledar, with soldiers saying the middle of the town is still heavily contested.

The Ukrainian tactic could be to invite wave after wave of infantry attacks, knowing they can inflict heavy casualties on the enemy, a tactic used with success in Vuhledar late last year. Ukraine’s command would then choose a moment to withdraw to Bakhmut.

Ukraine’s 46th Brigade alluded to this tactic in an online post on Tuesday, saying, “The situation is very difficult, but manageable: we only abandon what we consider inexpedient to keep.” Trying to hold Soledar – like trying to hold Lysychansk, the last holdout in the Luhansk region, last summer – becomes inexpedient when casualties rise and resupply becomes near impossible.

Girkin observed: “Even the fall of the whole Bakhmut-Soledar-Siversk fortified line will not lead to the collapse of the AFU [Ukrainian] front. In the rear they have the main fortification in the Donbas – the Sloviansk-Kramatorsk fortification. And it still needs to be reached.”

Ukraine has defense in depth throughout the parts of Donetsk it still holds – and has forced the Russians to expend huge amounts of munitions to make marginal progress.