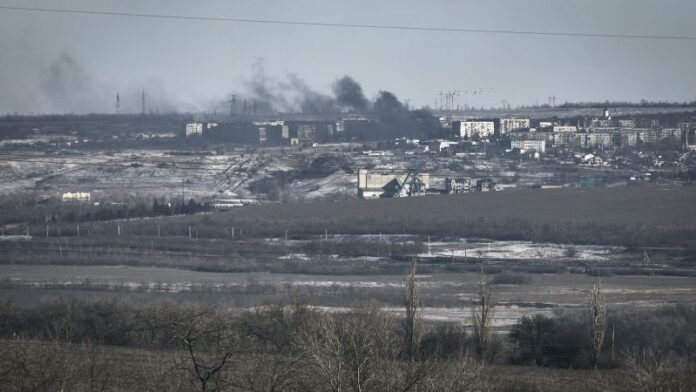 Russia said Friday its forces have taken the town of Soledar in eastern Ukraine following weeks of fierce fighting, in what would be Moscow’s first significant victory in months.

Ukraine’s armed forces have denied Moscow’s claim. Serhiy Cherevaty, a spokesman for the Eastern Group of the Armed Forces of Ukraine, told Ukrainian outlet RBC-Ukraine that Russia’s claim of capturing Soledar is “not true,” adding that “fighting is going on in the city.”

A CNN team just outside of Soledar reports ongoing mortar and rocket fire there. Ben Wedeman and team, positioned approximately 2.5 miles from the city, are seeing Ukrainian forces ferry troops out, in what appears to be a fairly organized pull-back. There is no sense of panic among Ukrainian troops, Wedeman says.

In recent days there have been competing claims over who has control of the town amid fierce fighting. Wagner, the Russian private military company, said it had taken complete control of Soledar on Tuesday, a claim refuted by Ukraine. Russian forces had fought hard to take the town, but more battles remained, Kremlin spokesperson Dmitry Peskov said Thursday.

Footage posted on Telegram Thursday evening showed Wagner forces in Soledar. The video was geolocated by CNN to the northern edge of the town, towards Russian-controlled territory.

The capture of Soledar would mark Russia’s first gain in the Donbas region for months – offering President Vladimir Putin some welcome news after a string of defeats on the battlefield since last summer.

The significance of the town in military terms is minimal. However, its capture allows Russian forces, and especially the Wagner mercenary group, to turn their focus on nearby Bakhmut, a key target.

The Russian defense ministry said Friday that the taking of Soledar is “important for the continuation of successful offensive operations in the Donetsk region,” adding that it “makes it possible to cut off the supply routes for Ukrainian troops in Bakhmut.”

Wagner posted a video on Telegram Thursday directly disparaging the Russian defense ministry’s claim that regular Russian military forces have participated in the assault on Soledar.

Which Russian forces are responsible for the assault in eastern Ukraine has become a key point of contention in the machinations of Russia’s power structure.

Russia’s Defense Ministry said Wednesday that regular Russian forces were operating in and around Soledar, without mentioning Wagner.

Taking Soledar would represent a symbolic PR win for the man who runs Wagner – oligarch Yevgeny Prigozhin, who has frequently criticized Moscow’s management of the “Special Military Operation” in Ukraine.

In a jibe that once again highlights the rift between Prigozhin and the Russian Defense Ministry, Prigozhin on Friday posted a thinly veiled retort towards the Russian MoD about the capture of Soledar and the fighting to claim the town.

Writing on Telegram Prigozhin has said that while the United States is “a serious adversary, at the moment it is not a key one” – the Russian Defense Ministry is.

Prigozhin added “significant damage to PMC Wagner can be caused by our intraspecific struggle, corruption, bureaucracy and officials who want to stay in their places. This is a more serious threat to PMC Wagner.”

CNN has previously reported about the rift that has opened up between Prigozhin and Russian Defense Minister, Sergei Shoigu. The Wagner boss rarely misses an opportunity to take a swipe at the Russian establishment.

In a series of recent videos Prigozhin was heard saying “once we conquer our internal bureaucracy and corruption, then we will conquer the Ukrainians and NATO … The problem now is that the bureaucrats and those engaging in corruption won’t listen to us now because for New Year’s they are all drinking champagne.”

In his Friday Telegram post, Prigozhin said “they constantly steal victory from Wagner PMC and talk about the presence of someone who is not clear, just to belittle their merits.” This appears to be another dig at the lack of acknowledgement of the fighting Wagner units have been doing around and in Soledar.

One Ukrainian soldier in Soledar had on Thursday evening described to CNN the desperate situation on the ground.

“We tried to withdraw ourselves, but the orcs (a pejorative Ukrainian term for Russian troops) are already there,” he said over the phone. CNN is not identifying the soldier for security reasons.

“If there is no order to withdraw today, we will most likely not have time to leave,” he added. “We were told that we would be withdrawn. And now we аre just abandoned.”

The soldier said his group had run out of food, were running low on water, and had wounded colleagues, but still had some ammunition.

“The last evacuation was three days ago,” he said. “The order was to hold out to the very end. Judging by the sounds of the battle, our neighbors (other units) either withdrew or were ordered to withdraw. We were told to hold out.”