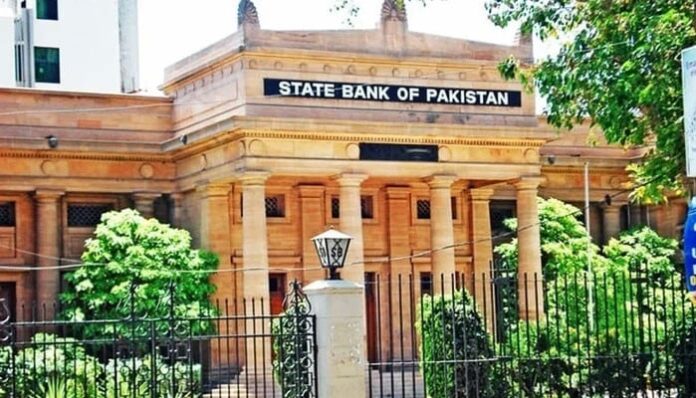 KARACHI: The State Bank of Pakistan (SBP) Governor, Jameel Ahmed, on Wednesday expressed the hope that the country would start receiving dollar inflows from next week, which would help shore up the severely depleted foreign exchange reserves.

The disclosure was made at a gathering of businessmen at the Federation of Pakistan Chambers of Commerce and Industry (FPCCI), where Ahmed also heard the complaints about the dollar shortages and hurdles in opening letters of credit (LCs) for raw material and other essential imports.

“We are expecting inflows shortly that would help reduce pressure on our foreign exchange reserves,” the central bank chief assured the business community, while telling them that the SBP was fully aware of the issues the community faced in recent times.

The central bank chief resolved to address the issues of industrialists; however, he acknowledged the massive decline in forex reserves and expressed the hope that the trend would reverse when external commitments materialise.

He pointed out that the current account deficit widened massively due to higher imports, which put pressure on dollar-rupee parity.

Replying to a query, he said that a probe into profits earned by the private banks have been completed and action would be taken soon in this regard.

Ahmed said the government wanted to facilitate businesses, but the current account deficit had compelled the central bank to take various steps to curtail the imports. “The SBP facilitated shipments under the categories of essential, energy, export-oriented industries, agriculture inputs, deferred payment/ self-funded imports and imports for export-oriented projects near completion,” he said.

It took time to scrutinise the LCs for the imports, and 33,000 LCs have been cleared, he added.

“The SBP has no objection if importers arrange dollars themselves as exporters are allowed to import from their export proceeds,” the governor said, hoping that the opening of LCs would be expedited soon, once the dollar inflows materialised.

“We want to facilitate all the industries. However, we can only do so under our given capacity of inflows. We do not produce dollars locally, they come through exports, remittances and inflows from lenders,” Ahmed said.

“Our capacity to export will build up only after we complete export-oriented projects, thus we have facilitated the timely completion of these projects,” he said. “We are focusing on improving our capacity, and are also taking administrative intervention to bring our imports on a reasonable level.”

He assured the business community that the SBP would ensure the approval of 365-day or over LCs from banks. “Similarly, if you have arranged a project loan, and yet the LCs are not being opened, the SBP will ensure it,” he said.

Pointing to the urgency of the matter, the governor said that the SBP had devised the policy given the domestic and external situation, and not on the whims of any individual. He said that the monetary policy committee takes the decision after considering the whole situation, when asked about further raise in policy rate.

Earlier, FPCCI President Irfan Iqbal Sheikh said that the business community was facing grave hardships in opening of LCs, and raw materials were not being supplied due to the refusal of banks to open LCs. He said that the high policy rate was burdening the industry, and noted that although inflation went up around the globe, the policy rate was not jacked up as much as it was increased in Pakistan in the last several months.

At the outset of the meeting, the industrialists highlighted several issues due to which their businesses were suffering.

Former FPCCI president Mian Nasser Hyatt Maggo warned the central bank chief that if supply chain hurdles weren’t removed, the country would witness high levels of unemployment and the prices of essential food items would go through the roof.

Lambasting the central bank and Ministry of Finance for not having a proper plan in place, he predicted that if the situation persisted, the price of pulses would shoot to Rs1,000 per kg. Maggo said the people sitting in the central bank considered themselves the World Bank and IMF. Feared riots in March this year, he suggested that the dollar transfer should be allowed in the open account.

“Iran is doing barter trade with Europe and India and in this way millions of dollars can be saved,” he said.

Ex-FPCCI president Anjum Nisar lamented that the Ministry of Finance and the SBP had no policy to solve the crisis. “It seems that the central bank is hand in glove with the commercial banks as industries are shutting and people are being laid off.” Nisar said the banks were giving three rates of US dollar.

Speaking on the occasion, industrialist Zakaria Usman said an open import of dollars should be allowed on an individual basis.

Industrialist Saleem Bikiya lamented that he had to lay off 600 of his employees out of the total strength of 950 due to the ongoing financial crunch.

Bikiya urged the governor to take adequate measures to ensure the availability of dollars so that the companies and industries could survive the ongoing crisis. The industrialists demanded that the SBP should take responsibility of mark-up on loans due to closure of industry.

Meanwhile, the World Bank (WB) has delayed the approval of two loans for Pakistan worth $1.1 billion until the next fiscal year, pending some steps on the country’s energy debt and tariffs, a finance ministry source told a British wire service.

The approval of the loans have been pending since June, said the source, declining to be named as they were not authorised to talk to the media. Pakistan’s next fiscal year starts in July.

“The major issue is the circular debt management plan in the energy sector and tariff revision,” said the source. “These actions are pending on our side.”

The World Bank and the finance ministry did not immediately respond to requests for comment.

Separately, Abu Dhabi Fund for Development has rolled over a deposit of $2 billion with the State Bank of Pakistan (SBP).

Minister for Finance Ishaq Dar on Wednesday night through a tweet said: “Abu Dhabi Fund for Development has rolled over their deposit of $2 billion with State Bank of Pakistan as discussed by PM Shehbaz Sharif with His Highness the President of UAE during last week’s official visit to UAE. Long Live Pak-UAE friendship.”

Earlier, there were reports that Pakistan had requested the UAE for providing $1 billion additional deposit. However, Ishaq Dar did not mention that.

Amid the dwindling foreign exchange reserves held by the State Bank of Pakistan that had already nosedived to $4.3 billion as of January 6, 2023, Pakistan was making all-out efforts to secure additional deposits of $2 billion and $1 billion from the Kingdom of Saudi Arabia and the UAE respectively.