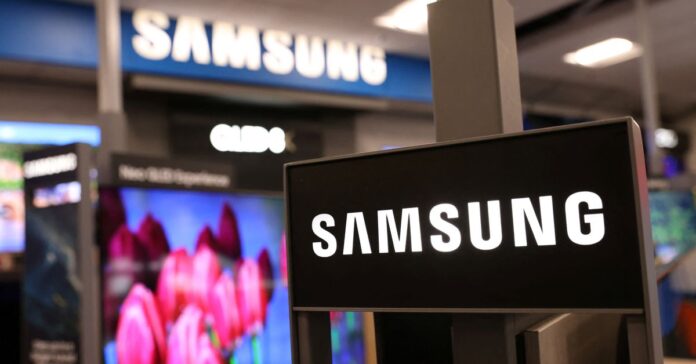 With consumers and businesses reducing spending and investment in the face of high inflation and climbing interest rates, smartphone makers and other clients held back memory chip orders, while smartphones sold for less as demand suffered, analysts said.

Samsung, as the world’s biggest maker of memory chips, smartphones and TVs, is a bellwether for global consumption trends. It is expected to announce preliminary results on Friday and full results later this month.

Operating profit for Asia’s fourth most valuable listed company likely fell to 5.9 trillion won ($4.62 billion) in the October-December quarter, according to a Refinitiv SmartEstimate from 21 analysts.

That would be Samsung’s lowest quarterly profit since the third quarter of 2016 and compares with an operating profit of 13.87 trillion won a year earlier.

“The main reason for the performance… is a sharp drop in demand. Both shipments and prices of chips and smartphones are expected to fall short of previous expectations,” said Kim Roko, analyst at Hana Financial Investment.

SmartEstimates are weighted toward forecasts from analysts who are more consistently accurate.

Chips usually account for about half of the tech giant’s profits.

Prices of some DRAM memory chips, widely used in smartphones and PCs, plunged 40% over the year, while prices for NAND flash chips, used in data storage, fell 14%, according to TrendForce data.

Memory chip rivals SK Hynix (000660.KS) and Micron Technology (MU.O) have sharply cut planned 2023 investments in response to the memory downcycle, which is expected to last at least until the second half of 2023.

However, Samsung is expected to use its deep pockets during this downturn to expand market share by largely maintaining its investment plans, analysts said, so it can be in place to take advantage when the memory chip market eventually rebounds.

Samsung’s mobile business is also expected to see profits shrink, with forecasts calling for a 14% fall to 2.3 trillion won for the quarter.

Its handset shipments likely reached 63 million in the quarter, including 62 million smartphones, according to data provider Counterpoint’s estimate. That compares with 72 million handsets shipped in the fourth quarter of 2021.

Samsung shares fell about 29% in 2022 before rebounding this week as South Korea announced planned tax breaks for semiconductor investments. That compared with a 36% slump for the Philadelphia Semiconductor index (.SOX) last year.