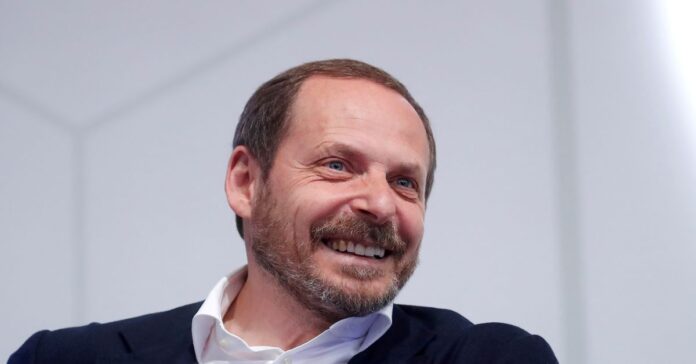 MOSCOW, Dec 30 (Reuters) – The co-founder of Russian internet giant Yandex (YNDX.O), Arkady Volozh, said goodbye in an internal message to staff on Friday ahead of a corporate restructuring that could see ownership of many of the firm’s core services change hands.

Volozh stepped down as CEO and left the board of directors after the European Union included him on its list of sanctions against Russian entities and individuals in June. Volozh called the EU’s decision “misguided”.

“As you know, I haven’t really been involved in Yandex’s Russian business for some time, but this year I had to step down from the company completely,” Volozh said in the message, seen by Reuters.

“With everything happening over the past several months, I realise that I never said goodbye. New Year is the right opportunity to fix that,” he said.

“Yandex was the project of a lifetime for me, and not only for me,” he said. “Thanks to everyone who helped to build the best technology company in the country.”

Yandex’s Dutch-registered holding company last month said it planned to divest ownership and control of most of Yandex Group, including its main revenue-generating businesses, a move that could lead to enhanced Kremlin influence over some of Russia’s backbone internet services.

The international divisions of Yandex’s self-driving technologies cloud computing, data labelling, and edtech would then be developed independently from Russia.

“It’s my hope to be able to advise the four international start-ups, that might in the future develop independently from Yandex,” Volozh said.

“May the next year bring peace to everyone.”