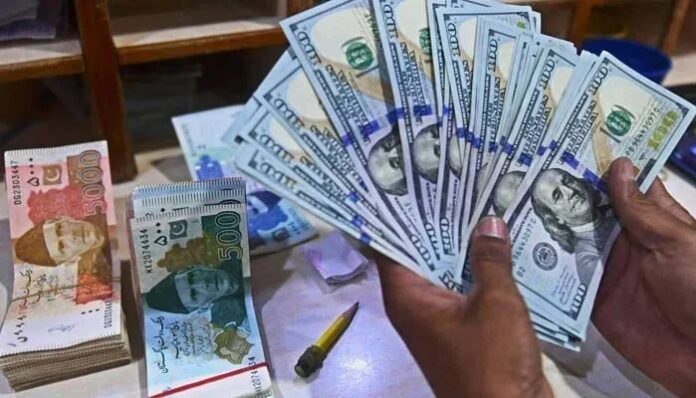 KARACHI: The Pakistani rupee Wednesday fell further against the US dollar after the exchange companies removed the unofficial cap on the greenback, hoping to dent the grey market.

The move towards the market-based exchange was a prerequisite of the International Monetary Fund (IMF) — and the move should help Pakistan unlock the lender’s stalled bail-our programme.

Finance Minister Ishaq Dar’s attempts to defend the rupee — including currency market intervention — were counter to the global lender’s advice.

In a bid to dent the grey market and bring customers towards legitimate channels, the ECAP said late Tuesday it was lifting the cap on the currency.

“There was artificial demand in the market as people would buy the dollar from us and sell it in the grey market,” the association’s statement mentioned, highlighting the impact of different rates.

The dollar is currently being traded at three different rates — the official rate of the State Bank of Pakistan, the exchange companies’ rate, and the rate in the black market.

In a conversation with The News, ECAP General Secretary Zafar Paracha said that as much as 90% of the demand was “fictitious” — people would buy dollars from official channels and sell them to illegitimate dealers.

“Through this step, we aim to provide people with the actual value of their money. Supply of the dollar will increase and demand will come down; it will have a positive impact on the market.”