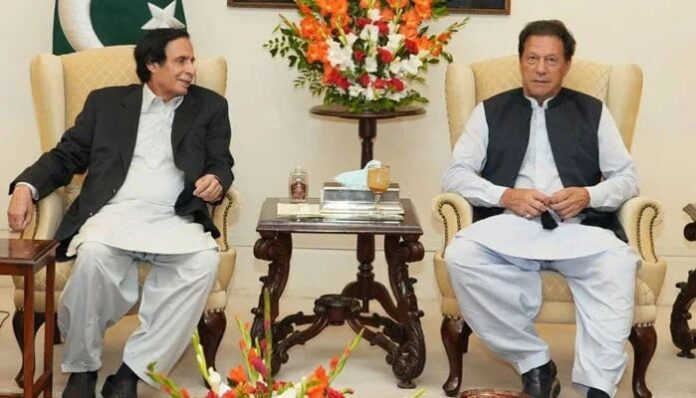 The development comes a day after Punjab CM secured a vote of confidence from lawmakers as per Lahore High Court’s (LHC) order.

“Elahi has signed the summary and the advice has been sent to Punjab Governor [Baligh-Ur-Rehman] and if he does not sign on it in the next 48 hours, then in line with the Constitution, then the assembly will stand dissolved in the next 48 hours,” the PTI leader told journalists in Lahore.

The decision to dissolve the assembly was taken during a meeting between the chief minister and PTI Chairman Imran Khan at the latter’s Zaman Park residence, with senior party leaders in presence.

The assembly wasn’t dissolved earlier due to a restriction from the LHC, but since Elahi won the legislative’s confidence once again, the bar was removed as the case was withdrawn.

A day earlier, Elahi took the confidence vote after the LHC ruled that the governor had the authority to ask the chief minister to seek the trust of the house even during an ongoing session.

The court had said that the chief minister should have the support of 186 lawmakers — the required number for being elected as the CM — round the clock.

A total of 186 members of the provincial assembly (MPAs) voted in support of Elahi as the chief minister on a resolution moved by Punjab Minister Mian Aslam Iqbal and Pakistan Tehreek-e-Insaf (PTI) leader Raja Basharat.

Regarding the dissolution of the Khyber Pakhtunkhwa assembly, Fawad announced that it would also be dissolved in line with the party’s “promise” to the people of leaving the legislative.

As Khan called off the long march to Islamabad on November 28, he announced that his party and allies would quit the assemblies as they wanted to opt out of the “corrupt system”.

“The KP Assembly will also be dissolved on a similar format a day after tomorrow and we have fulfilled our promise of going back to the people [for seeking support],” he said.

Fawad said the PTI and its allies have proven that despite all the pressure, they were not “afraid” of going back to the people for seeking votes as they had proven by stepping down from government in both provinces.

He also announced that a letter would be written to the Leader of the Opposition in the Punjab Assembly Hamza Shahbaz for the formation of a caretaker government.

After the completion of all the legal requirements, elections will take place in Punjab and Khyber Pakhtunkhwa in the next 90 days, the former federal minister added.

“Let me tell you, around 60% of the country is heading toward elections. Therefore, we believe that the federal government should stop being stubborn, decide upon an electoral framework, and head towards elections.”