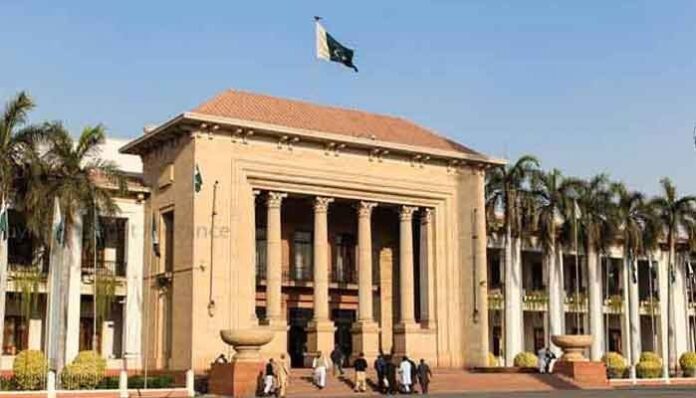 LAHORE: Punjab Chief Minister Chaudhry Pervaiz Elahi Thursday sent an advice to the governor for the dissolution of the provincial assembly.

According to the Constitution, after advice is sent by the chief minister, the assembly would stand dissolved within 48 hours even if the governor did not sign the summary.

According to the PMLN leadership, the Governor’s House had not yet received the summary. They said the party would devise its strategy after receiving the document from the chief minister.

Pakistan Tehreek-e-Insaf (PTI) senior leader Fawad Chaudhry confirmed to the media that the CM had signed the summary for assembly dissolution, and it had been sent to the governor for his signature.

Fawad Chaudhry said polls were going to be held in two provinces where the assemblies would stand dissolved. He said a letter would also be written to the opposition leader in Punjab, Hamza Shehbaz Sharif, for the caretaker set-up.

Fawad said the PTI and its allies have proven that despite all the pressure, they were not “afraid” of going back to the people for seeking votes as they had proven it by stepping down from the government in both provinces.

After the completion of all the legal requirements, elections will take place in Punjab and Khyber Pakhtunkhwa in the next 90 days, the former federal minister added.

“Let me tell you, around 60pc of the country is heading toward elections. Therefore, we believe that the federal government should stop being stubborn, decide upon an electoral framework and head towards elections.”

The ex-information minister mentioned that if there was no stability in the country, it would lead to further economic and political turmoil. “The only way towards stability is elections.”

Punjab Parliamentary Affairs Minister Raja Basharat told The News the CM had honoured his commitment that he made with Imran Khan.

To a question whether the governor needed a signed document about dissolution of the assembly on an official writing pad, as a signed document on a plain piece of paper remained under discussion for hours on the social media on Thursday, the minister said technicalities, if existed, could be discussed later, but the CM had honoured his words.

Earlier, Ch Pervaiz Elahi held a series of meetings with Imran Khan before taking the crucial decision on which his own party MPAs had expressed serious reservations. The PTI MPAs, however, supported the dissolution of KP and Punjab assemblies. After dissolution of the Punjab Assembly, all eyes are on KP Chief Minister Mehood Khan, who is also most likely to advise KP governor to dissolve the assembly.

The political scenario came under discussion along with the overall political situation as well as the party’s future strategy. The assembly members were paid rich tribute for reposing trust in CM Pervaiz Elahi.

The CM told the meeting the governor, by withdrawing the de-notification order, endorsed their point of view. He said the vote of confidence proceedings would become effective due to withdrawal of the notification by the governor.

The CM claimed that Rana Sanaullah was making an attempt to distort the facts and mislead the nation, adding that he was making an interpretation of judicial verdict of his own liking. Sanaullah and his leadership were adept in telling lies and had no credibility among the masses.

Sanaullah and Atta Tarar faced a humiliating defeat in Punjab and those aspiring to take control of Punjab government had to flee during the night. The CM said that Allah Almighty bestowed on them success and they would clinch success in future as well. The negative politics of PMLN was outright rejected by the people of Punjab and all the conspiracies being hatched by their leadership were discarded by masses.

Speaker Muhammad Sibtain Khan said the Punjab Assembly completed the vote of confidence proceedings according to the Constitution and law.

Earlier, Pervaiz Elahi termed Imran Khan the greatest and most honest leader after Quaid-e-Azam Muhammad Ali Jinnah. His lieutenants played an exemplary role and no party would find a leader like Imran Khan. “He has all the qualities of a leader and his vision is very broad. He will not let Pakistan fall. Under the leadership of Imran Khan, Pakistan will continue to sail ahead even without oars,” the PMLQ leader said.

The Punjab CM said that Imran Khan had dreamed of a new Pakistan and “we will make it a success”.

However, he said, the PMLN had always been in the habit of political horse-trading. Imran Khan’s companions had proved that they were not for sale. “Alongside, I am carrying forward the vision of Imran Khan and have restricted thieves to their houses,” Elahi said.

Criticising the PMLN leadership, he said: “They are beggars, as Shehbaz Sharif boasts to arrange money by begging. In fact, Shehbaz Sharif, being the prime minister, has made the country a laughing stock by running after the world community. They are not worthy of being the followers of the legacy of Quaid-e-Azam.”

Elahi regretted that when the PMLN and members of the Sharif family were caught, they claimed they were sick. But they turned normal and healthy after leaving the country.