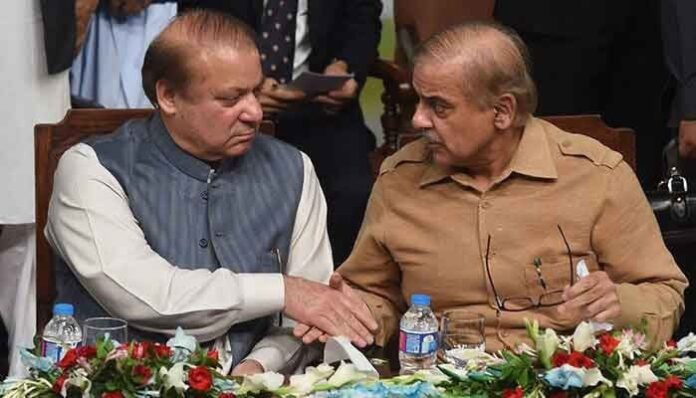 Rana Sanaullah told a private news channel after the meeting that the PMLN was fully prepared for elections in Punjab in 90 days, and expressed his optimism to win the provincial assembly elections.

According to sources, Nawaz Sharif asked PM Shehbaz to give directions to the Punjab governor to tackle the political situation in the province.

The development comes a day after Punjab Chief Minister Chaudhry Parvez Elahi signed a summary for dissolution of the Punjab Assembly.

Sources said Shehbaz told the party leaders that Nawaz Sharif and party chief organiser Maryam Nawaz would be back in the country this month (January). These leaders would actively participate in the election campaign after their return, according to the sources.

Railways Minister Khwaja Saad Rafique met Shehbaz Sharif at his residence and discussed political issues in the wake of the process initiated for dissolution of the Punjab Assembly.

PMLN senior leader Khwaja Muhammad Asif said Punjab chief minister’s summary about dissolution of assembly would be treated as per law. He said the prime minister was holding consultations on the current situation. He said the PMLN was not afraid of elections. “End of the day, what will happen to Imran Khan, will be known later on,” Kh Asif said.

Interior Minister Rana Sanaullah Khan said that the National Assembly, as well as the Sindh and Balochistan assemblies, would remain intact until August this year. “With the CM’s advice of dissolution, Imran’s bandit rule has ended in Punjab,” he said.

He told a private news channel that after dissolution, elections for both the KP and Punjab assemblies would be held within 90 days. “We will contest the elections and win them,” he added.

Opposing the option of general elections, the minister said how could we ask the governments of Sindh and Balochistan to dissolve the assembly? Rana said the coalition parties were not in favour of dissolving the assemblies as that was an undemocratic act. “There was a strong opinion in our party to let them dissolve the assemblies, but if it happens, we are ready for elections,” he added.

Earlier, during the meeting, Rana Sanaullah congratulated PM Shehbaz Sharif over his successful foreign visit. He said the economic crisis was being handled effectively due to hard work of the prime minister.

Another PMLN leader Ataullah Tarar said the party was ready for elections. He said the matter of appointment of a caretaker chief minister would be discussed after signing of the assembly dissolution summary by the governor. He said PMLN central leadership would soon return home.

Meanwhile, Pakistan Tehreek-e-Insaf (PTI) Vice Chairman Shah Mehmood Qureshi demanded that general elections should be held across the country “without any further delay”.

In a statement issued from PTI Central Media Department on Friday, Qureshi said the Punjab Assembly had been dissolved on the instructions of party chief Imran Khan “because the PTI’s position is very simple that free, fair and immediate general elections is the sole answer to the current crisis”.

Qureshi said the PTI chief had ordered to dissolve the provincial assembly so that people could elect their new government. The PTI’s stance is very simple that the only solution to the country’s problems and the best reflection of public aspirations is possible only in the form of fresh elections, Qureshi was quoted as saying.

During an interaction with the media on Friday, Fawad said “money laundering” was the key reason behind the country’s economic crisis. “How can there be economic prosperity in the country, when the finance minister is involved in money laundering,” he added.

Referring to a question, the PTI leader asked the Punjab governor not to wait for “48 hours” and urged him to dissolve the assembly immediately so that the process for the formation of an interim setup be initiated. He hoped that a person who could hold impartial elections in the province would be named as a caretaker chief minister.

The plea filed by the new “broiler MQM” was rejected by the court, the PTI leader said, adding that the LG polls in Karachi and Hyderabad would be held as per the schedule — January 15 (Sunday).

All component parties of the Pakistan Democratic Movement (PDM) were trying to avoid the elections, he said, adding that they were afraid of facing people.

Fawad also urged the Supreme Court to ensure that the elections were held as per the schedule.

Extending a dialogue offer to the federal government yet again, he asked the Centre to jointly devise a framework for the general election in the country. He said the PTI was ready for talks on elections across country.

The PTI leader also said that President Arif Alvi could ask Prime Minister Shehbaz Sharif to take a trust vote as it is his “constitutional right”.

PMLN supremo Nawaz Sharif should return home and face the cases lodged against him, he said.

Let the investigations into the assassination attempt on the life of PTI chief Imran Khan be completed independently, Fawad said and warned against any obstacle in it.