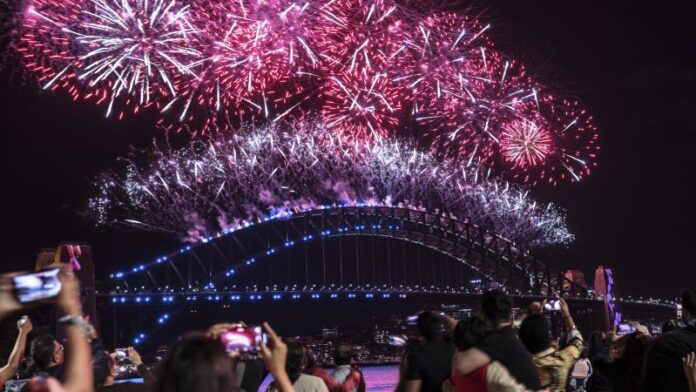 Get out of your East Coast mentality, America. Not everyone starts their New Year when you do.

The Pacific Island nations of Tonga, Samoa and Kiribati were the first to see in the new year – when it was still 5 a.m. on December 31 on the East Coast of the United States and 11 a.m. UTC (Coordinated Universal Time, the global standard). New Zealand was next, an hour later.

Samoa is always the first country to ring in the New Year. American Samoa, its neighbor just 101 miles away, has to watch in envy and wait a full day.

There are 39 different local times in use – including two which are more than 12 hours ahead of UTC – which means it takes 26 hours for the entire world to enter the New Year.

Here’s when the world will be ringing in the New Year, relative to East Coast time.

8 a.m. Much of Australia and seven more (including Melbourne and Sydney)

Noon Much of Indonesia, Thailand and seven more

5 p.m. Greece and 31 more (including Egypt, South Africa and Romania)

6 p.m. Germany and 45 more (including Algeria, Italy, Belgium and France)

7 p.m. United Kingdom and 24 more (including Portugal and Iceland)

10 p.m. Most of Brazil, Angetina and nine more

Midnight US (East Coast) and Cuba

4 a.m. US (Alaska) and regions of French Polynesia

7 a.m. Much of US minor outlying islands (unincorporated US territories in the Pacific)