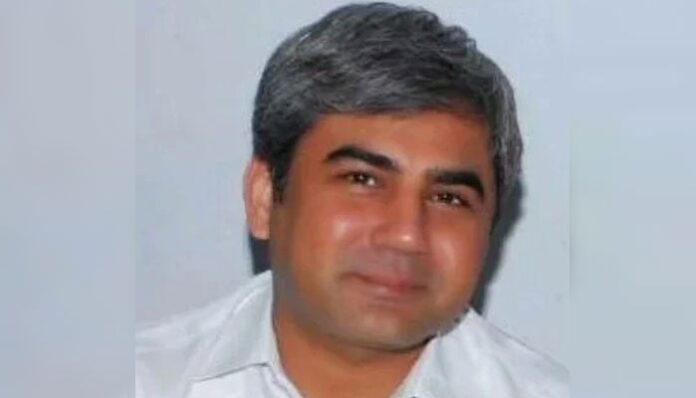 In a major development, the Election Commission of Pakistan (ECP) on Sunday appointed Syed Mohsin Raza Naqvi as interim chief minister of Punjab as the government and the opposition failed to reach a consensus on the matter.

The development came during a meeting held with Chief Election Commissioner Sikandar Sultan Raja in the chair.

Following the no consensus between the government and the opposition, the matter was sent to the electoral body under Clause 3 of Article 224-A of the Constitution.

ECP Secretary Umar Hameed Khan, Special Secretary Zafar Iqbal Hussain, director generals and additional DGs of the relevant departments were among the 15 attendees of the speciation meeting of the electoral watchdog.

Khan and Iqbal briefed the meeting on the matter. The huddle decided the matter after considering all legal and constitutional aspects, the sources privy to the development said.

Reacting to the decision, Fawad said: “No other options left but taking to the streets against this system.”

He added that they rejected the ECP’s decision about appointing a “controversial” person to the key post.

Taking a jibe at the electoral watchdog, he said, “The ECP never disappointed them.”

Fawad asked the PTI’s activists to prepare themselves for a massive campaign under the leadership of Imran Khan.

Lahore-born Mohsin Raza Naqvi is a journalist by profession. He got his higher education in the United States and was associated with the American TV channel CNN during his stay in Miami. After returning to Pakistan, he served as the regional head of CNN.

According to a report, former prime minister and PPP chairperson Benazir Bhutto, who Mohsin had interviewed, was the last person she contacted before her assassination.

Mohsin founded the local media City News Network in 2009 at the age of 30 and now owns six news channels and a newspaper. He is also widely known in the political arena and has strong relations with leading political figures.

Sunday (today) was the last day for the electoral body to pick a name for the caretaker chief minister.

It is pertinent to mention here that the outgoing Punjab chief minister Parvez Elahi had proposed the names of Sardar Ahmad Nawaz Sukhera and Naveed Akram Cheema while opposition leader Hamza Shehbaz had forwarded the names of Syed Mohsin Raza Naqvi and Ahad Khan Cheema.

The matter landed at the ECP after a parliamentary committee, constituted by the Punjab Assembly speaker, failed to evolve a consensus on a candidate for the slot of the caretaker provincial chief executive.