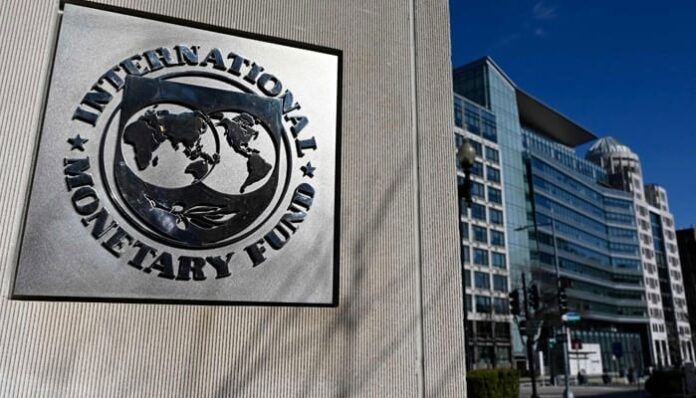 ISLAMABAD: In a bid to break the stalemate, the Ministry of Finance has shared the basic contours of negotiations with the IMF high-ups with the expectation that both sides will kick-start virtual talks from next week for making renewed efforts to strike a staff-level agreement.

However, it is not yet known whether the upcoming talks, which will kick-start from Monday, will be formal or informal in nature. If formal talks begin, it will be a significant development. Informal talks had continued during the last two and a half months. When contacted, a senior official of the Finance Division replied, “We have emailed to the IMF today and are waiting for their response”.

One top official of the Finance Division confirmed to The News on Friday in background discussions that the government shared basic contours of the upcoming round of talks with the IMF Mission Chief Nathan Porter. The areas discussed include fiscal consolidation, including taking additional taxation measures and curtailing expenditures to restrict the budget deficit within the envisaged limit agreed with the IMF, taking all required corrective measures to devise a sustainable roadmap for cash bleeding energy sector such as curtailing flow and stocks of the circular debt, hiking tariffs of electricity and gas sectors and bringing the exchange rate aligned to free market mechanism.

The IMF’s Mission Chief has informed Pak authorities that the Fund staff was ready to resume virtual talks from next week and if the need arises, then the review mission could also visit Pakistan. “If all thorny issues are resolved in virtual meetings, then the staff-level agreement might be struck without paying a physical visit in the next seven to 15 days,” said the top official.

The official said that the IMF had already conveyed to Islamabad to evolve a consensus on Memorandum of Financial Policies (MEFP) for striking a staff-level agreement. It is understood that in case the IMF mission paid a visit and the talks remained inconclusive, it would cause more damage to the vulnerable economy. This time, the IMF high-ups again pressed upon this point of view and asked for making renewed efforts to strike a staff-level agreement through virtual meetings. “We might start our talks from coming Monday, so that both sides can evolve a consensus on the MEFP document,” said the official.

The IMF is unlikely to allow multiple exchange rates and now Pakistan has agreed in discussions with the Fund staff that they will be ready to devise a mechanism for introducing a single exchange rate regime based on the pattern of free float and market-based rate. The additional taxation will be another area of upcoming talks with the IMF for restricting the budget deficit within the desired limit. The Pakistani side will request the IMF for slashing the Petroleum Development Levy (PDL) target of Rs855 billion with the argument that it would make efforts to collect the maximum of Rs50 per litre on POL products in the remaining five months of the current fiscal year. On FBR’s tax collection target of Rs7,470 billion, it would remain intact while FBR officials argued that it was a mistake to seek the highest-ever tax collection for December 2022 when the FBR missed it with the margin of Rs225 billion.

The Inland Revenue Service, which deals with major taxation including Income Tax, Sales Tax and Federal Excise Duty, has expressed its readiness to recover Rs20 to Rs30 billion every month in the remaining period of the current fiscal year. However, the FBR will face a shortfall of Rs170 billion on Customs Duty collection in the wake of import compression.