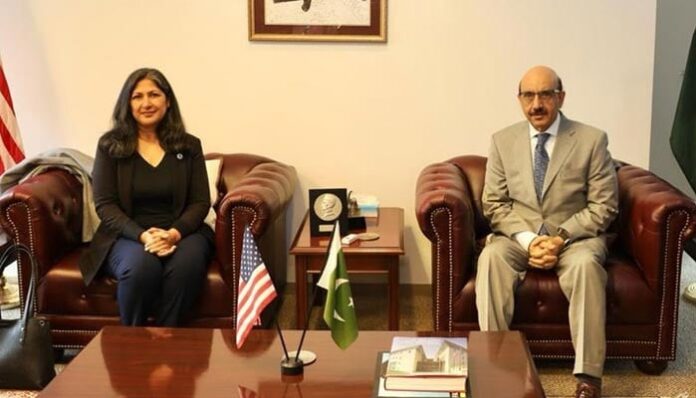 The countries could establish robust partnerships for meeting their economic needs and strengthening the exchange between people if Pakistani tech startups — replete with enterprising youth — were coupled with the vibrant tech sector of Irvine, California, the ambassador noted.

He further said that Farrah’s leadership qualities and successes make Pakistan and the Pakistani diaspora in the United States proud.

“Pak-origin Americans, who have excelled in their respective areas, are not only an asset for Pakistan but an abiding link between Pakistan and the United States,” Masood said.

Farrah thanked the ambassador for warmly receiving her and highlighted tech, Medi-tech, and artificial intelligence as the major sectors where Irvine was witnessing significant progress.

Farrah also highlighted the valuable contributions being made by the Pakistani diaspora towards the socio-economic development of Irvine and the state of California.

Masood invited Mayor Farrah to visit Pakistan along with a business delegation for promoting cooperation between the chamber and industry and to strengthen people-to-people linkages.