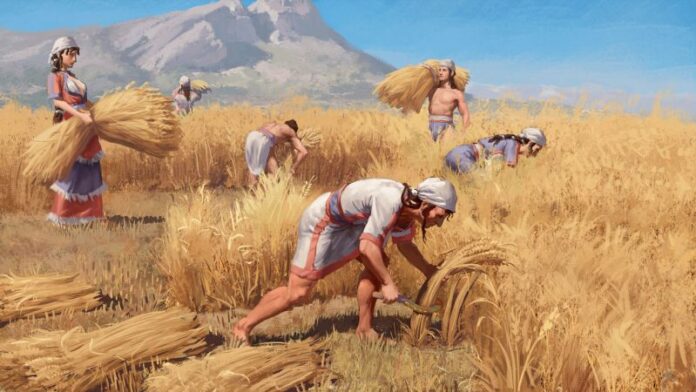 If you wanted to hang on to your land in Bronze Age Greece, you could do worse than marry your cousin.

A team of international researchers analyzing the genomes of ancient human remains has discovered that, unlike in other European societies of the period, first cousins in Minoan Crete and Mycenaean Greece frequently married each other.

Experts from the Max Planck Institute for Evolutionary Anthropology in Leipzig, Germany, together with an international team of partners, analyzed more than 100 genomes of Bronze Age people from the Aegean.

The team behind the study, published Monday in the scientific journal, Nature Ecology & Evolution, say their findings provide “exciting insights” into the social order of the Aegean Bronze Age.

By analyzing the DNA of people buried in a tomb under the courtyard of a house in a Mycenaean hamlet,on the Greek mainland, the researchers managed to reconstruct the family tree of its inhabitants from the 16th century BCE.

Archaeologist Professor Philipp Stockhammer, one of the study’s lead authors, told CNN: “We wanted to have a look at how were people buried together genetically related and about what you can learn about the relevance of the genetic relativeness for the structure of society.”

“We managed to construct the first family pedigree for the Mediterranean. We can see who lived together in this house from looking at who was buried outside in the courtyard.

“We could see, for example, that the three sons lived as adults in this house. One of the marriage partners brought her sister and a child. It’s a very complex group of people living together.”

Even more surprising was the discovery that around half of those living on the islands married their cousins, while the proportion on the mainland was about a third.

“People have studied thousands of ancestral genomes and there’s hardly any evidence for societies in the past of cousin-cousin marriage. From a historical perspective this really is outstanding,” he added.

Stockhammer and his colleagues believe such unions were down to economics, to prevent family land from being divided.

He explained: “All of the driving force is to unite the land within the family. If you look at what people were growing, it was grapes and also olives for olive oil, but both grapes and olives might need to be at a certain place for decades.

“If you marry in your family it means that you focus on staying in the same area.”

He said that, by contrast, in other parts of Bronze Age Europe, women often traveled hundreds of miles in order to marry. Resources in those areas would have been more plentiful, he explained.

“In Greece, there’s not much space to grow things and things that you plant need decades to grow,” he said.

“We can completely see the cousin to cousin marriage from the genomic evidence. It’s too many people doing it to say it’s pure chance – but it isn’t 100%. I would say it was quite a strict practice.

“It’s an unwritten rule because everyone has done it.”

Stockhammer explained the significance of the discovery, saying: “With this knowledge we are basically forced to rethink the social organizations in this period and societies that were behind these amazing works of art and architecture.

“It’s a society where we have written records about palace administrations but we are now able to say something about the normal people.”

Jupiter now has the most documented moons in the solar system