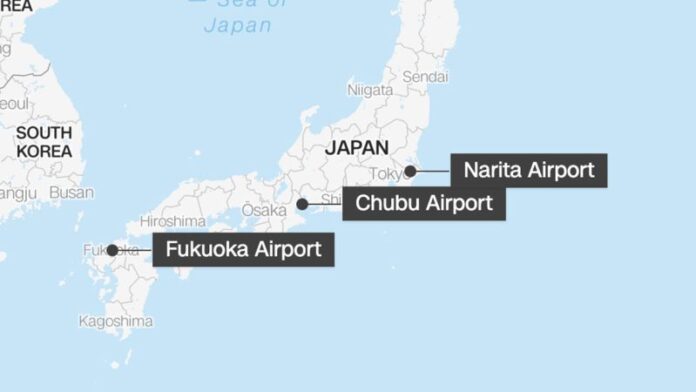 Tokyo’s Narita airport received the call at 6:20 a.m. Japan time from a man in Germany saying in English that he had put a bomb on the aircraft, NHK reported, citing police sources.

The domestic flight from Narita to the southwestern city of Fukuoka was diverted to Chubu airport, a Chubu airport spokesperson told CNN. All 136 passengers and six crew members aboard evacuated the aircraft there, NHK reported.

Citing police sources, NHK said the man claimed to have placed 100 kilograms (220 pounds) of plastic explosives in the aircraft’s cargo hold and demanded to speak with the “manager” or he would set off them off.

No explosives have been found on board the plane, NHK said.

One person was lightly injured while leaving the aircraft according to NHK, which broadcast footage of passengers evacuating the plane via emergency chutes.

Pictures shared on social media show an Airbus A320, operated by Jetstar, with chutes deployed and passengers evacuated around the aircraft.

The Chubu airport spokesperson said the incident is being investigated and the airport has suspended flights.