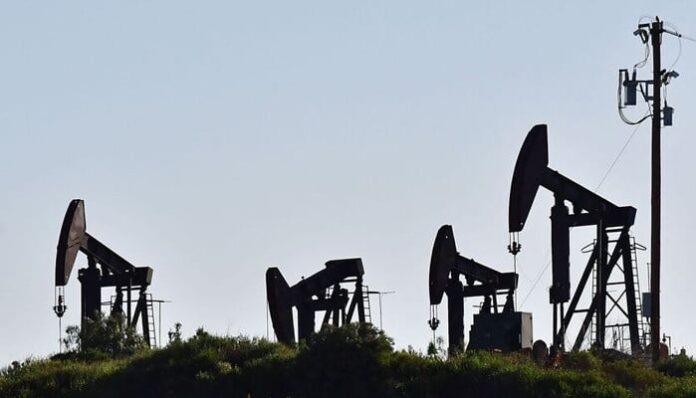 Crude prices extended losses from a day earlier, diving around 5%, over concern about demand in the world’s biggest oil importer China, amid a steep rise in COVID infections in the country.

“While reliable data is seemingly hard to come by, the view appears to be that there’ll be significant disruption in the coming months and then a recovery from around the middle of the year which should then boost demand,” said Craig Erlam, senior market analyst at OANDA trading platform.

Analysts also pointed to the mild European winter and a pick-up in the dollar that makes crude more expensive for holders of other currencies.

The benchmark European contract — Dutch TTF gas future for the coming month — dropped 9.3% to 65.59 euros at around 1620 GMT, extending losses since the beginning of the week.

European stocks built on a rally from a day earlier, with Paris and Frankfurt closing more than 2% higher following drops in government bond yields, the fall in gas prices and data showing German and French inflation slowing down.

On Wall Street, stocks also ticked higher, despite worries about the US economic outlook, as investors awaited key data expected to give clues on where monetary policy is headed.

Analyst Patrick O’Hare from Briefing.com linked the uptick to the last day of the so-called Santa Claus rally, a stretch over Christmas and New Year that typically sees stocks drifting higher amid light trading volumes.

“Today is the last day of that ‘rally period’ and Santa Claus is hanging on by a thread,” he said.

Gold prices reached the highest level since June, at $1,865.12 an ounce, as traders sought safety in the traditional haven commodity.

Investors were focused on the release Wednesday of the minutes of the Federal Reserve’s December policy meeting.

At that meeting, the US central bank slowed the pace of interest rate hikes but signalled borrowing costs would reach higher than expected.

The news scuttled a pre-Christmas rally across world markets, and the minutes will be pored over for clues about policymakers’ plans for this month’s gathering.

The Fed has raised interest rates seven times in the past year to try to cool demand and rein in soaring inflation, and officials have signalled they would stay the course until the job is done.

But there is a broad consensus that the Fed’s tightening measures will tip the United States into recession, while the head of the International Monetary Fund (IMF) has also warned a third of the global economy will contract this year.

Tokyo dropped heavily on its first trading day of the year, with Japanese exporters continuing to be hit by a recovering yen.