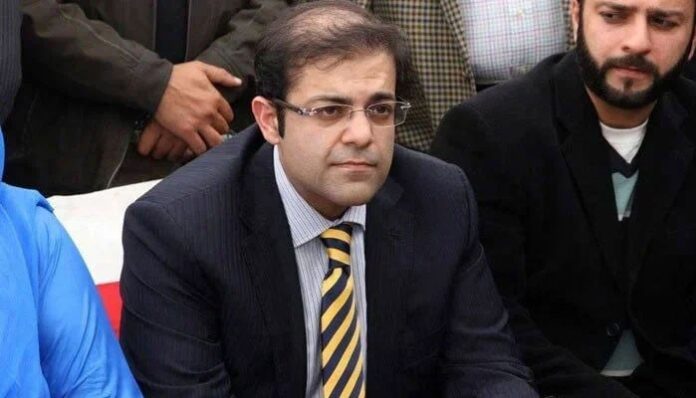 Suleman, who returned to Pakistan earlier in December after four years of self-exile in London, was an accused in the Rs16 billion money laundering case registered with the FIA, in which the special court, central had also acquitted PM Shehbaz and his son Hamza Shahbaz last October.

Prior to his return, the Islamabad High Court (IHC) had restrained FIA and National Accountability Bureau (NAB) — with which Suleman is booked in an assets beyond means case — from arresting him.

Later, a special court in Lahore granted interim bail to Suleman in the money laundering case on December 23 against bail bonds worth Rs100,000 after he filed a bail plea stating that the court needed to fulfil legal procedures before declaring him an absconder.

Today, the FIA submitted in the special court (central), a supplementary challan stating that Suleman Shehbaz and co-accused Tahir Naqvi were “not found guilty”.

During the hearing, Advocate Amjad Parvez informed the court that Suleman and Naqvi want to take back the bail pleas.

Later, the court adjourned the hearing till February 4.

While speaking to the media after the hearing today, Suleman Shehbaz said that his “joker” remarks were about the last three finance ministers appointed by the Imran Khan government.

The statement from the PM’s son came in response to a journalist’s question about his “joker” slur against ex-finance ministers which received a strong response from senior PML-N leader and former prime minister Shahid Khaqan Abbasi.

At this, the journalist asked if the “last three” included Miftah Ismail as well. However, Suleman said that he didn’t name anyone.

Reacting to the development, PTI’s Senior Vice-President Fawad Chaudhry said that the incumbent government’s “only purpose” is to end the cases against its members.

“Since this government has come into power, they have only one purpose [which is] to end their cases,” Fawad said while speaking to a private channel.

“Suleman Shehbaz getting the clean chit is also linked,” he added.

He said that the plea in this regard will be filed in the apex court on Monday.

Arrest warrants had been issued for Suleman, however, in its report submitted to the court, the federal agency had stated that the warrants could not be executed since Suleman was not present at his address and had gone abroad.

In July this year, a trial court had also declared him a proclaimed offender, along with another suspect in a Rs16 billion money laundering case.

According to the FIA report, the investigation team “detected 28 benami accounts of the Shehbaz family through which money laundering of Rs16.3 billion was committed from 2008-18. The FIA examined a money trail of 17,000 credit transactions.”

The report added that the amount was kept in “hidden accounts” and “given to Shehbaz in a personal capacity”.