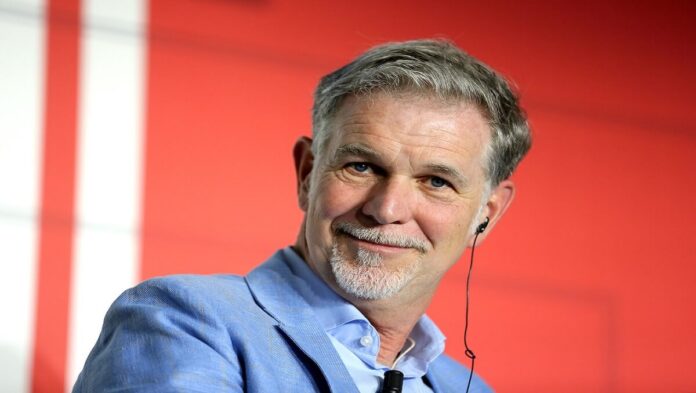 Netflix announced that its founder Reed Hastings is stepping down as co-CEO at the company. He will now serve as executive chairman. Hastings will be replaced by co-CEOs Ted Sarandos and Greg Peters. He founded Netflix (NFLX) in 1997 and changed the way countless households watched movies and shows, first with its DVD-by-mail business and later with its streaming video service.

“Our board has been discussing succession planning for many years (even founders need to evolve!),” Hastings wrote in a blog post on Thursday. “As part of that process, we promoted Ted to co-CEO alongside me in July 2020, and Greg to Chief Operating Officer — and in the last 2½ years I’ve increasingly delegated the management of Netflix to them.”

Last year, however, Netflix saw its stock and reputation take a hit after losing subscribers amid heightened competition from rival streaming services. In response, Netflix introduced a lower-priced, ad-supported tier for the first time in its history.

Those changes may be paying off. In its earnings report, the company said it added more than 7.6 million subscribers during the final three months of last year. It now has a total of more than 230 million paying subscribers.

It is worth mentioning here that some reports are claiming that Microsoft may acquire Netflix this year. Netflix chose Microsoft as its advertising partner for a new advertising-supported subscription service. Microsoft President Brad Smith also sits on the Netflix board. One of the main reasons behind this deal is that Microsoft wants to offer a video-game streaming service over multiple devices.

For More Details Also Read: Microsoft May Acquire Netflix in 2023