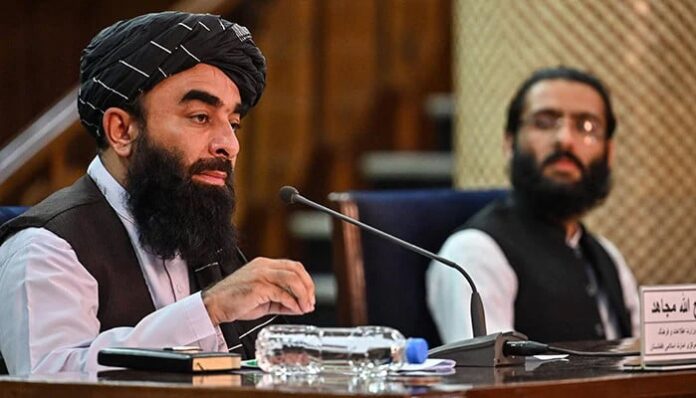 Tehreek-e-Taliban Afghanistan (TTA) spokesperson Zabihullah Mujahid said on Thursday that a network of Daesh militants involved in the attack on the Pakistan Embassy in Kabul have been killed in an operation.

On December 2, the Pakistan Embassy in Kabul was attacked by Daesh militants, who targeted Chargé d’Affaires (CdA) to Afghanistan Ubaid-ur-Rehman Nizamani. The diplomat was unharmed, but his guard was critically wounded in the attack.

The terrorist group had claimed responsibility for the attack, verifying that their target was the Pakistani envoy.

In a statement on Twitter on Thursday, the TTA spokesperson said that the Afghan security forces carried out operations in Kabul against a network of Daesh who carried out the attacks on the Pakistani mission and on a hotel where Chinese nationals were staying.

China had asked its nationals to leave Afghanistan after five Chinese were injured in the attack on December 12.

According to Zabihullah Mujahid, Afghan forces carried out operations in Kabul and Nimroz provinces against Daesh militants involved in terrorist activities.

Zabiullah added that they targeted three hideouts in the Shahadai Salehin and Qalacha districts of Kabul’s eighth district and the city of Zaranj, the centre of Nimroz province.

As a result, the hideout was destroyed, 8 foreign nationals of Daesh were killed, and 7 people were captured alive, the spokesperson said. Many small arms, hand grenades, mines, vests and explosives were also recovered from their possession.

He added that several suspicious people were detained for further investigation.

It is important to note that the Foreign Office had recalled envoy Ubaidur Rehman Nizamani for consultation amid the worsening law and order situation in the Afghan capital.

The FO, in a statement last month, condemned the attack on the compound targeting Ubaid-ur-Rehman Nizamani.

Pakistan had asked the Afghan government to immediately hold thorough investigations in the attack, apprehend the culprits, hold them to account, and take urgent measures to ensure the safety and security of Pakistani diplomatic personnel and citizens in Afghanistan.