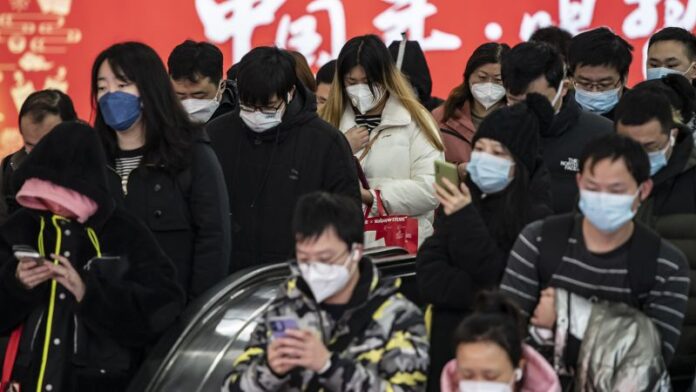 The wave of Covid infections sweeping across China may already have peaked in some of the country’s largest cities, including Shanghai and Beijing, according to a new study.

The study, published on December 29 in the peer-reviewed journal Frontiers of Medicine, said mathematical modeling predicted the latest wave of infections would pass through China’s major cities by the end of 2022, whereas more rural areas would be hit by the surge in mid-to-late January.

The spread could be “dramatically enhanced” by travels expected during the upcoming Spring Festival, a national holiday period surrounding the Lunar New Year, which falls on January 22, the study said.

For nearly three years, the Chinese government used strict lockdowns, centralized quarantines, mass testing and rigorous contact tracing to curb the spread of the virus. That costly strategy was abandoned in early December, following an explosion of protests across the country against stringent restrictions that have upended businesses and daily life.

Researchers from universities and health institutions in Shanghai modeled the curves of daily new Covid-19 cases and accumulated total cases from the beginning of October to November 29, before the country began easing its nucleic testing requirements.

“The results showed that Guangzhou already passed the recent wave, while Beijing, Shanghai, and Chongqing urban areas are in the midst of the current wave that would likely pass by the end of 2022,” the study said.

In Chongqing’s rural areas, the Spring Festival travel rush “could accelerate” the onset of the upcoming wave by up to 30 days, it added.

“It is reasonable to speculate that the Omicron outbreak in Chinese mainland might appear in multiple waves, with re-appearance of new local surges possibly in late 2023,” the study said.

The study recommended emergency measures should be directed at delivering over-the-counter medicine to symptomatic patients who are low-risk, vaccinated, and under 60 years. It also recommended to timely treat high risk populations that are vaccinated and older than 60 years with anti-viral drugs.

Chinese leader Xi Jinping had previously staked his political legitimacy on zero-Covid, but the sudden policy U-turn caught the public and the country’s fragile health system unprepared, leaving many to question his wisdom.

Widespread shortages of cold and fever medicine have left hospitals scrambling to cope with an unprecedented surge of infections. And while China’s tightly-sealed borders are gradually opening up, some countries appear cautious to receive travelers from the country, imposing new requirements for a negative Covid test before travel.

Some studies estimate the death toll could be in excess of a million, if China fails to roll out booster shots and antiviral drugs fast enough.

The government has launched a booster campaign for the elderly, but many remain reluctant to take it due to concerns about side effects.