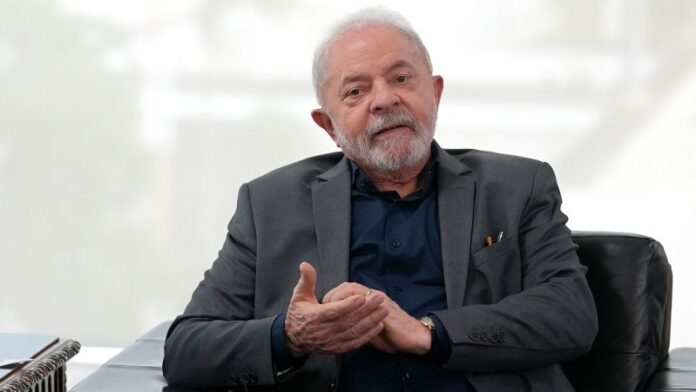 Brazil’s President Luiz Inácio “Lula” da Silva has joined a growing chorus of accusations against the country’s security forces, as questions mounted on how protesters were able to breach government buildings and wreak havoc inside over the weekend.

“The Brasilia police neglected [the attack threat], Brasilia’s intelligence neglected it,” Lula said during a meeting with governors on Monday.

“It is easy to see in the footage the police officers talking to the attackers. There was an explicit connivance of the police with the demonstrators,” he said. He also vowed to find out who financed the protesters.

Protesters supporting the far-right former President Jair Bolsonaro besieged the Supreme Court, presidential palace and Congress on Sunday, calling for the military to intervene and oust the leftist hero Lula da Silva, who returned to power after a 12-year hiatus following a slim run-off victory over Bolsonaro last October.

Footage shared of the attack appeared to show forces stand by and watch protesters march into government buildings.

CNN has reached out to Brasilia’s Federal District Military Police and Armed Forces for comment.

Brazilian officials have been racing to catch the perpetrators while looking into claims that security and intelligence authorities colluded with the protesters.

Paulo Pimenta, Brazil’s presidential communications minister, told reporters on Monday that the events on Sunday could not have transpired “without some level of facilitation.”

He noted that the main doors to Congress and the presidential palace weren’t broken, suggesting some form of collusion.

“The main door was not broken, so people walked in through the door. In the Congress building, the door was not damaged either. At the Supreme Court, you can see the door was destroyed – which clearly leads me to believe that investigations will mostly likely indicate that they may have come in here [the Planalto presidential palace] and in the National Congress through the main door,” he said according to Brazilian state news Agencia Brasil.

Rocha, a Bolsonaro ally, has been serving as the governor of the Federal District, which includes the capital Brasilia.

Prior to his removal, Rocha on Sunday fired Anderson Torres, the former head of security for the Federal District.

Torres, who was the former justice minister in Bolsonaro’s government, called the scenes “regrettable,” adding he had ordered “immediate steps to restore order in the center of Brasília.

He later claimed to be on vacation in Orlando, Florida with his family and said he had not been in contact with Bolsonaro, according to Brazilian daily Folha de Sao Paulo.

Bolsonaro on Monday tweeted a photo of himself from a hospital bed in Orlando – saying he was receiving treatment for complications relating to an old stab wound – as several US lawmakers called for his removal from the country following the attacks by his supporters.

About 1,500 people have been arrested following Sunday’s riots, according to Brazilian Justice Minister Flavio Dino.

The government is also investigating the financiers and organizers of the protests, Dino said, adding that a tip-off email account had since received 13,000 messages.

The attack bore similarities to the January 6, 2021 insurrection at the US Capitol in Washington DC, when supporters of ex-US President Donald Trump – a close ally of Bolsonaro – stormed Congress in an effort to prevent the certification of his election defeat.

Michele Prado, an expert on Brazil’s far right, told CNN that the protesters on Sunday included several extreme right groups, including supporters of Bolsonaro, Christian fundamentalists and a number of conspiracists.

While there is “no verticalized and formally established hierarchy” to the protesters, many of them are mobilized from groups on messaging apps, he said.

Prior to the attack, Bolsonaro supporters had been camped outside army barracks across the country as they implored a military intervention to reverse his loss in the 2022 presidential vote.

Last November, de Moraes ordered the bank accounts of dozens of individuals and companies suspected of financing the protests to be blocked, with agricultural and transport firms among the most affected, according to the order seen by CNN.

On Sunday, de Moraes ordered the armed forces to dismantle the encampments within 24 hours, calling for police to arrest and imprison any protesters still left in the camps.

He added that if security forces failed to remove the camps, commanders of the armed forces and police force would be held accountable in court.

“Absolutely nothing justifies the existence of full camps of terrorists, sponsored by various financiers and with the complacency of civil and military authorities in total subversion of necessary respect for the Federal Constitution,” de Moraes said in the order.