Bloodbath as PSX sheds over 1,400 points amid political uncertainty 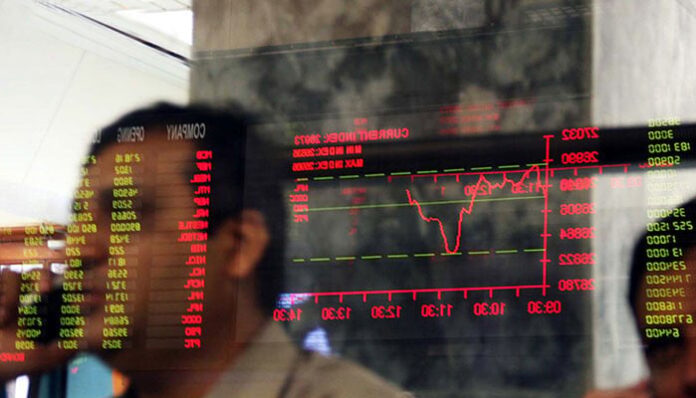 KARACHI: The KSE-100 of the Pakistan Stock Exchange (PSX) plunged by more than 1,400 points during the intra-day trading on Tuesday.

The delay in the revival of the International Monetary Fund’s (IMF) loan programme and the ongoing political uncertainty in the country caused the bloodbath in the stock market.

Analysts say the dissolution of the Punjab Assembly and the prevailing crisis in the country amid continuous demand from Pakistan Tehreek-e-Insaf (PTI) for snap polls panicked the market into this vicious selloff.

The Shehbaz Sharif government has been under pressure to revive the IMF programme but the “harsh conditions” set by the Washington-based lender have made it almost impossible for the country’s financial managers to proceed.

Meanwhile, the depleting forex reserves with the State Bank of Pakistan below the $5 billion mark — enough for less than three weeks of import — is making the investors jittery.

On Monday, the PSX began another week on a bearish note with the benchmark index plunging over 600 points as the market reacted to the repercussions of political uncertainty.

In the backdrop of a worsening political scenario coupled with poor economic data, the index fell below the 40,000-point mark.

Political instability in the wake of the political tug-of-war-for-power in the country coupled with the Punjab assembly dissolution and local body elections in Sindh impacted the investment climate.

Moreover, concerns regarding monetary policy rate hikes, depreciation of the rupee against the US dollar, and delay in the ninth review of the International Monetary Fund (IMF) programme further dented investors’ sentiment.