Baidu gets license for driverless robotaxi tests in Beijing 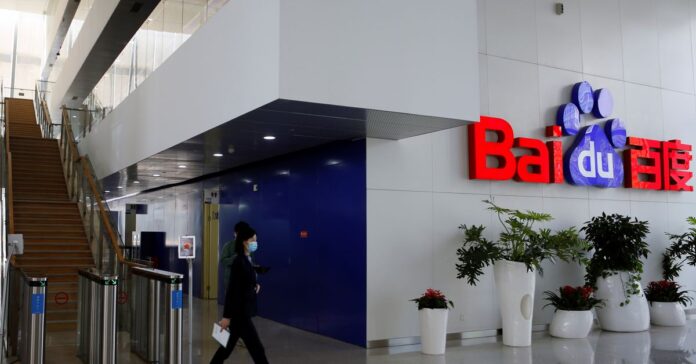 Dec 30 (Reuters) – Baidu Inc (9888.HK) said on Friday it had been granted the first license to test driverless vehicles on roads in Beijing, and would add another 200 robotaxis to its network across China in the coming year.

The Beijing-headquartered company, which generates most of its revenue from its internet search engine, has been focused on self-driving technologies over the past five years as it looks to diversify.

Baidu started to charge fees for its robotaxi service Apollo Go last year. It has predicted robotaxis will eventually cost half of what it takes to ride in a commercial car with a driver.

Apollo Go, which operates in Wuhan and Chongqing without a safety driver, delivered a total of 1.4 million driverless rides by end of the third quarter, Baidu has said.

The company said it would begin testing 10 fully autonomous vehicles in a technology park developed by the government of Beijing as a step toward offering a commercial robotaxi service in China’s capital.

The push by Baidu comes as other companies outside China pull back from the bullish rollout schedule for fully autonomous vehicles predicted just a few years ago.

Tesla’s (TSLA.O) “Full Self Driving” system, for instance, requires a human behind the wheel ready to take control, three years after CEO Elon Musk predicted the company was on track to deliver a fleet of a million robotaxis.

Tesla has been under criminal investigation in the United States over claims that the company’s electric vehicles can drive themselves.

Cruise, General Motors Co’s (GM.N) robotaxi unit, has said it plans to add thousands of autonomous vehicles in the coming year and to expand its service across San Francisco and other U.S. cities.

U.S. auto safety regulators said earlier this month they had opened a safety probe of the autonomous driving system used by Cruise after incidents where the vehicles braked inappropriately or became immobilized.

In October, Ford Motor Co (F.N) and Volkswagen AG (VOWG_p.DE) shut down their shared self-driving startup, Argo AI, after concluding that the mass deployment of a commercial autonomous drive system would take more time and money than the companies had predicted when they joined forces in 2019.