Analysis: Jacinda Ardern, like George Washington, knew when to quit 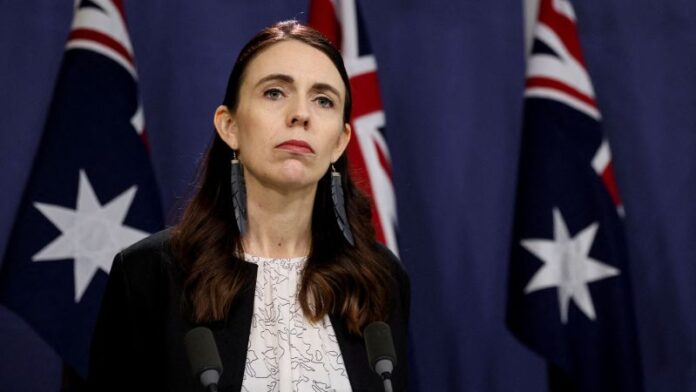 “Nothing in his life became him like the leaving it,” William Shakespeare writes of an executed rebel in “Macbeth.” Today’s leaders, however, often struggle to embrace an equivalent vision of a dignified exit from political life when their time comes.

Jacinda Ardern is the rare leader who is choosing to leave the stage, not to be pushed off it. New Zealand’s prime minister said Thursday that she had “no more in the tank” after five years in power and would not seek reelection. Unlike leaders who go on too long, who are forced out by rebellious colleagues, rejected by their own parties, turfed out by voters, refusing to admit they lost elections, perennially plotting to return or resort to autocracy to cling onto power, Ardern’s stay in power will be enhanced by the leaving of it.

Her self-awareness is on brand for a politician who became a progressive global icon while Donald Trump-style ego populism swept the globe. Her leadership during Covid-19 and after mass shootings at two mosques in 2019 won Ardern admiration far from New Zealand.

A cynic might argue that she simply saw the writing on the wall: Ardern’s popularity has ebbed and her Labour Party trails in the polls amid rising crime, high inflation and falling home prices. But there would have been time to mount a comeback before the general election that she called for October.

The price of power for Ardern, 42, has been arduous. She’s faced abuse and threats linked to her gender and relative youth. She has a young daughter and wants to marry her partner; spending time with family isn’t just the classic politicians’ face-saving excuse here.

For many presidents and prime ministers, the ambition and drive that got them to the top means that they struggle to contemplate voluntarily ceding power. This truism led 20th century British parliamentarian Enoch Powell to note: “All political lives, unless they are cut off in midstream at a happy juncture, end in failure, because that is the nature of politics and of human affairs.”

In 1987, British PM Margaret Thatcher said she hoped to go “on and on.” Three years later she was gone, forced out by a revolt in her own Conservative Party after years in power made her regally remote and a growing electoral liability.

Some leaders have the mercy of term limits which make the decision for them. US Presidents Barack Obama, Bill Clinton and Ronald Reagan for instance left their voters wanting more after hitting the two-term maximum. Other presidents suffered the pain of being told to go home, like Jimmy Carter, George H.W. Bush and Trump who all lost reelection races. Although if you ask the election-denying Trump, he thinks he should now be halfway through his second term, reserving for himself a unique category of post-power political disgrace. The one-term curse also claimed French Presidents Nicolas Sarkozy and Francois Hollande (whose unpopularity toward the end of his term made any reelection dreams unviable.)

It’s less common now, thankfully, but fate sometimes makes a politician’s choices for them. Both Abraham Lincoln and John F. Kennedy were assassinated, and Franklin Roosevelt died of natural causes while in office. Around the world and more recently, North Korea’s Kim Jong Il, President John Magufuli of Tanzania and Prime Minister Hamed Bakayoko of Ivory Coast also died of illnesses in office.

Then there are the leaders who don’t want to go, but are pushed or who are forced out by deteriorating political circumstances. The bloody toll of the Vietnam War and his own tumbling popularity convinced President Lyndon Johnson to tell Americans, “I shall not seek and I will not accept the nomination of my party as your president” in a shock announcement in 1968 that continues to help define his legacy.

Even some of the strongest leaders can be forced out early by ambitious colleagues pining for their own chance. This happened in Canada early in the century when Finance Minister Paul Martin’s long campaign to force Prime Minister Jean Chretien into retirement paid off. But Martin’s own premiership was short and troubled and didn’t approach his success in his previous job. Exactly the same happened in the UK, when Chancellor Gordon Brown finally elbowed out Tony Blair after his decade in 10 Downing Street in 2007, then struggled as prime minister and lost the 2010 election. His failure paved the way for a long period of Conservative Party rule that still endures.

Those Tories by the way have a particular penchant for political regicide before voters get the chance. The three most-recent ex-PMs, Liz Truss, Boris Johnson and Theresa May were all effectively felled by their own party, though Johnson may hope to emulate his hero Winston Churchill in trying to engineer a return to Number 10 after a humiliating political defeat.

Israeli Prime Minister Benjamin Netanyahu meanwhile is proving yet again that comebacks can happen – but seems perpetually doomed to a thin hold on power.

Megalomania and tyranny lie in wait when a leader begins to see themselves as the personification of their nations. Vladimir Putin effectively dismantled the Russian political system in order to wield power for two decades and counting during various terms as president and prime minister. His growing isolation and sense of his own omnipotence now seems to have led him into an unprovoked invasion that has not only devastated Ukraine but has also turned Russia into an international pariah. Chinese leader Xi Jinping just accepted a norm-busting third term – only for his aura to be tarnished by his mishandling of the pandemic. The world is watching with some concern as Xi becomes more militaristic the longer he stays in power.

Ardern has spared herself the indignities of outstaying her welcome or being forced to go by mutinous colleagues. In her resignation speech, she confessed: “Politicians are human. We give all that we can for as long as we can and then it’s time. And for me, it’s time.”

She might have been channeling an exhausted George Washington, who told Americans in his Farewell Address in 1796 that he hoped that “whatever partiality may be retained for my services, that in the present circumstances of our country you will not disapprove my determination to retire.” Like Ardern, the first American president understood that in a democracy, the hardest thing is not winning power but knowing when to cede it.