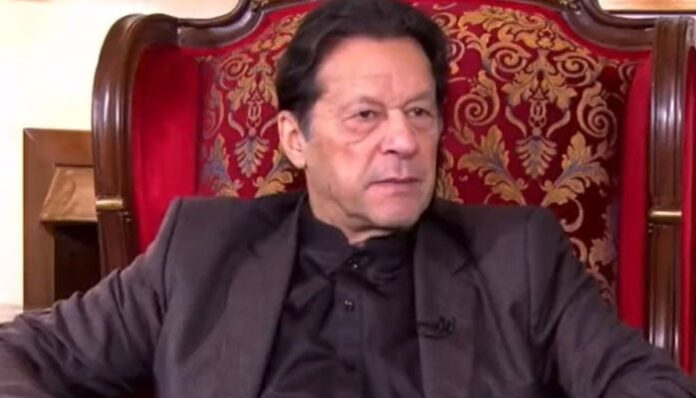 The revelation came during the hearing of Rs10 billion defamation case filed against Defence Minister Khawaja Asif. Imran Khan appeared in the court from his Lahore residence in Zaman Park via video link.

The case was heard by Additional Sessions Judge Umeed Ali Baloch. Khawaja Asif and Imran’s lawyers were also present during the hearing.

Asif’s lawyer Barrister Haider Rasul cross-examined Imran through a video link and asked the PTI chief questions about the investment in a private housing project with SKMT funds.

Imran admitted investing the funds in the project, saying that the SKMT board had told him about the investment. However, he said he cannot remember the name of the project now.

The lawyer asked whether he was informed by the board in writing. Imran responded by saying that he cannot remember it whether it was conveyed verbally or in writing.

The deposed prime minister said that $3 million were deposited back by the board members and the matter had closed. Asif’s lawyer said that the matter did not end there but rather it was only getting started.

Imran said that if the lawyer came straight to the point rather than asking ‘useless questions’, then the matter could be resolved quickly. Khawaja Asif’s lawyer said he can complete the cross-examination in just two hours during the next hearing.

The former prime minister said that he will inform about his availability for the next hearing after looking at his schedule.

Later, the court adjourned the case till further hearing.

Meanwhile, the PTI chairman has started consultations for the distribution of party tickets for contesting the general elections of Punjab and Khyber Pakhtunkhwa assemblies.

In this regard, former National Assembly Speaker Asad Qaiser met Imran at Zaman Park and discussed the post-dissolution situation of provincial assemblies and the action plan for distribution of tickets.

Directing the PTI provincial organisations to go for shortlisting the candidates, Imran said: “I will decide the tickets for the upcoming elections myself, tickets will be given only to those workers who are sincere with PTI, and there will be no compromise on merit.”