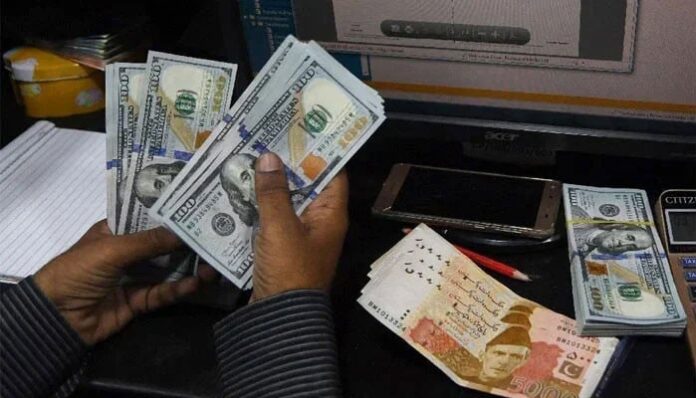 KARACHI: Pakistan rupee’s losing streak against the US currency in the interbank trade entered its fifth day as import payments-led dollar demand weighed on the local unit amid tight supply.

Rupee also remained on the ropes in the open market which, analysts hung on tight dollar supply and a slowdown in the sale of dollars, which was causing a dearth of the greenback in the market.

“Moreover, the political unrest and a stalling of talks between the International Monetary Fund (IMF) and Pakistan for the completion of the ninth review of the loan facility also dented the morale,” he added.

The National Assembly’s Standing Committee on Finance Wednesday was assured by the SBP that action would be taken against the banks, allegedly involved in fleecing importers in the opening of LCs.

“The SBP held meetings with the banks and warned them against their practice, advising them to rationalise the spreads being charged to the customers,” the SBP officials told the committee.

In another development, Pakistan’s total debt and liabilities have climbed by Rs12 trillion or 23.7% to Rs62.46 trillion in the first quarter of this fiscal year. Analysts attributed this surge to a delay in the IMF loan tranche and the devaluation of the rupee.

Foreign exchange reserves held by the State Bank of Pakistan (SBP) increased $3 million to $7.96 billion as of November 11, 2022.